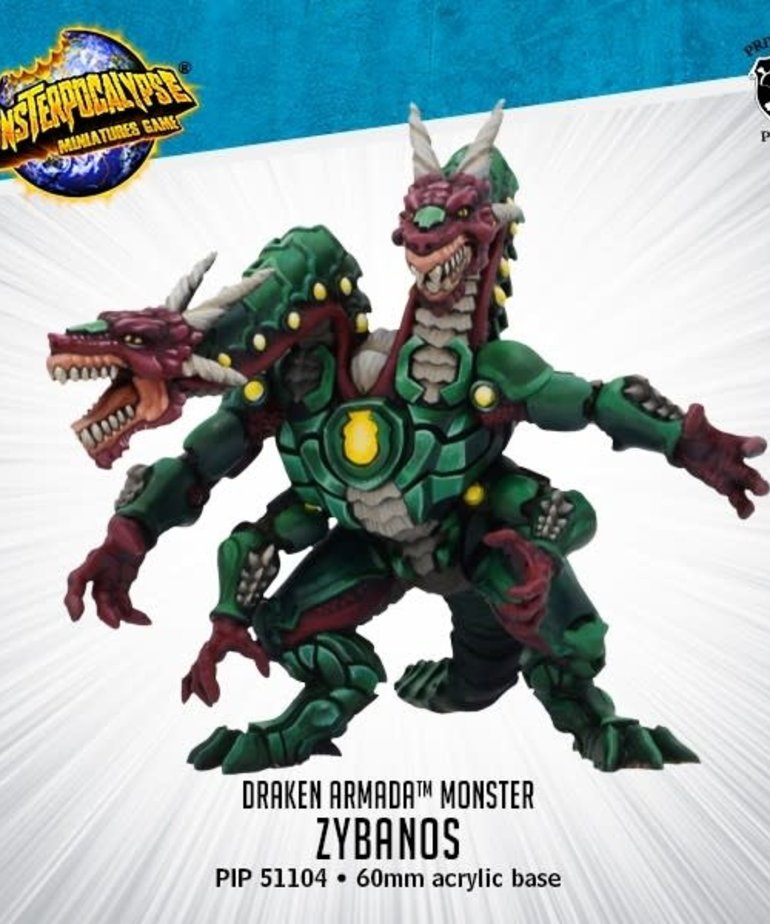 0 reviews
Add your review
Zybanos is a monster that can be added to any Protectors force. In alpha form, he directs his allies in Flanking maneuvers while acting as a Spotter for their fire. His four arms are capable of a rapid series of attacks, and both heads can breath fire, gi
2 In Stock
Add to wishlist / Add to compare / Print

Humanity is mystified by the Draken Armada in every way. Not only do these spacefaring reptiles possess a level of technology human science can barely discern from magic, but they are also highly intelligent. Zybanos may be their most cunning commander. Each of his massive heads has its own personality, and their combined intellect is more than a match for many foes. In battle, one head is often directing the efforts of his smaller allies while the other focuses on the enemy monster. When both heads direct their attention at a single target, the battle will soon be over.