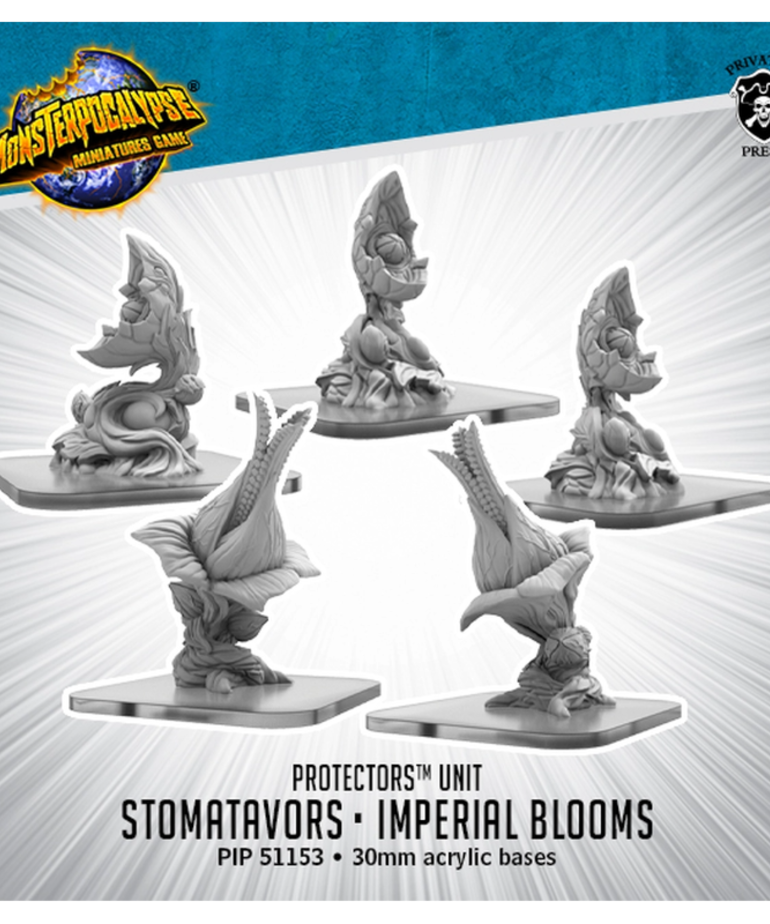 Where the powerful Vegetyrants tread, mysterious plants the size of houses grow in their wake. The Stomatavor, a horrible plated monstrosity, is perfectly suited to the germination process. Often appearing at the feat of the mighty Vegetyrants, it uses its barbs to rip apart foes that would endanger the earth. Unlike the savage nature of the Stomatavor, the Imperial Bloom is one of the more enchanting of these massive plants. It can sacrifice itself to tap into the near-infinite energy of the earth or use a much smaller tithe of power to clone itself through its prodigious root network.

Imperial Blooms Creep across the battlefield, growing from place to place. Once in Full Bloom, these flowers provide the protectors with a font of power. Each blossoming flower will be a priority target for the opponent to prune from the battlefield before you can bring in the harvest. Stomatavors are spiny, Barbed-thorn units. They Hitchhike around the battlefield, becoming a real nuisance for the enemy player to remove.