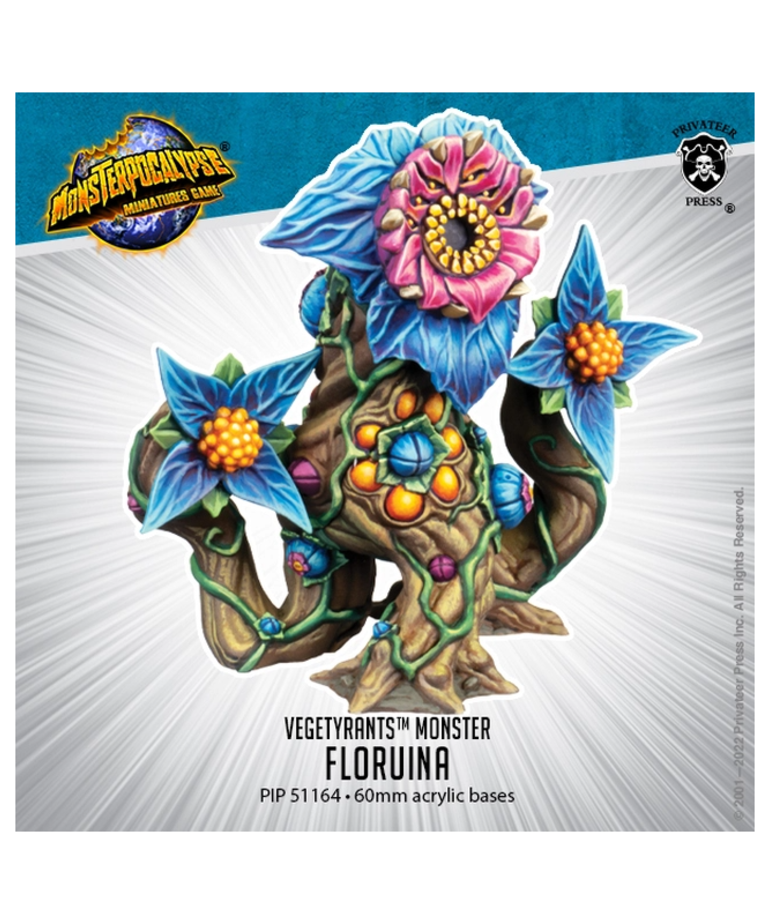 Long before mankind's dominion over the planet, the world was a lush tropical paradise. Vegetation was the dominant life form on the planet, and its reach extended to every corner. Even under the harshest, most extreme conditions, plant life found purchase. Over the eons, some of the vegetation evolved to gain sentient life. Rising high into the sky, far beyond any tree's height, towered Floruina. From her, life would spring up instantaneously. When the ancient planet's fate was jeopardized by a Necroscourge invasion, Floruina drew on the power of a passing solar flare and all Vegetyrant life on the planet to make one final stand. She fired a beam of solar energy so powerful, it scoured the Necroscourge from the planet in one massive flash. The attack left Floruina and her Vegetyrants severely depleted; hibernation was their only option to survive. And so they slept and regained their power. Now with the threat of a new Necroscourge invasion upon the planet once more, it is time for Floruina and her army of Vegetyrants to rise again and defend their home world.

Floruina is a monster with a focus on Vegetyrant units that can join any Protectors force. Her mycorrhizal network connects nearby Vegetyrant units to her Hive Mind. Wherever Floruina spreads her seeds, Vegetyrant units Proliferate. When Floruina is Solar Powered, her attacks really pack a punch. And she and her units become a mighty jungle, ready to Puncture a hole in anything that stands against their reclamation of nature.