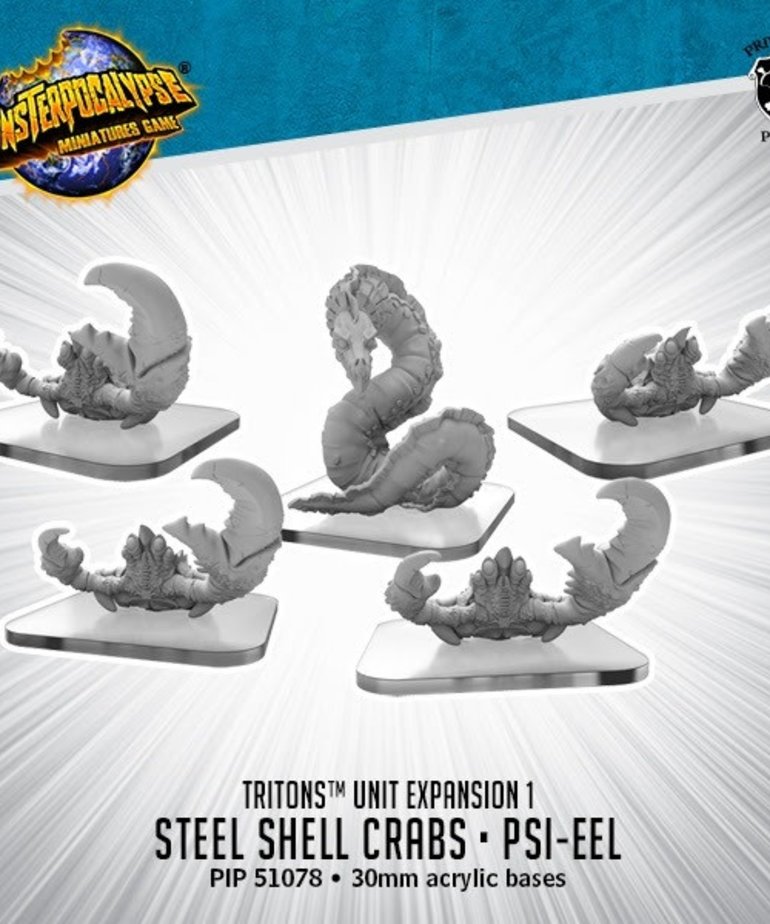 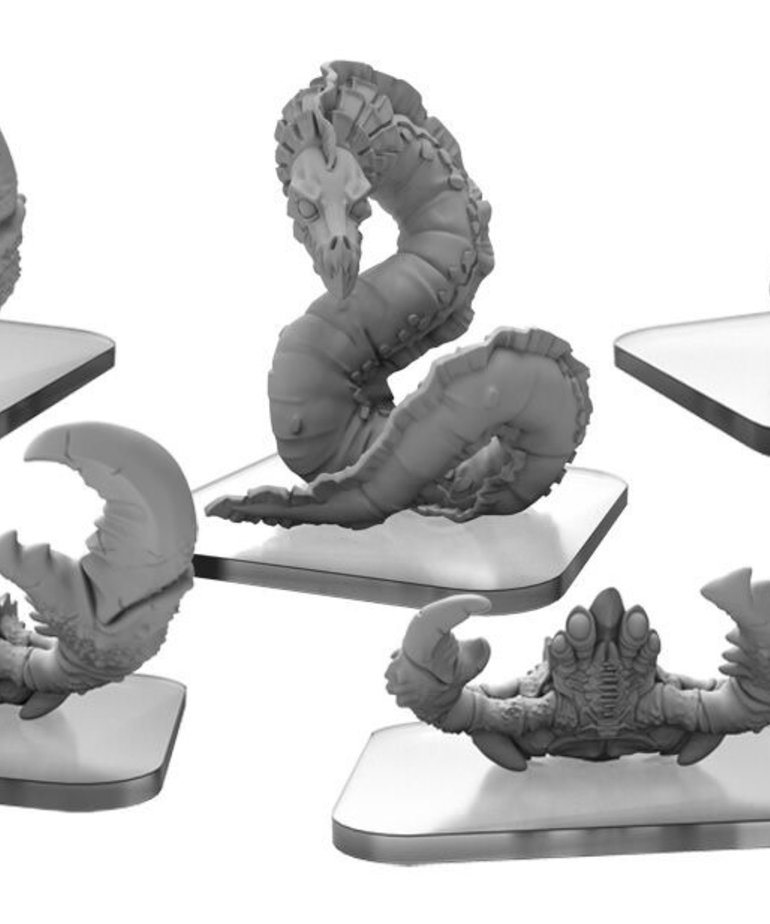 Following in the wake of the first great Triton beast to emerge from the oceanâ€™s depths, these lesser creatures would still qualify as sea monsters if you found one washed up on the beach. steel shell crabs are so named because of their incredibly dense exoskeletons. In the first skirmishes between these mega crustaceans and G.U.A.R.D. forces, the crabsâ€™ shells were virtually immune to all but the largest ordnance. Luckily, it was soon apparent that, like their larger counterparts, the steel shell crabs were more interested in fighting Earthâ€™s invaders than anything native to the planet.

Slithering behind waves of crabs come the psi-eels. Human scientists have so far failed to capture a live specimen, so the full extent of their abilities is untested, but from battlefield readings it appears that they have mental capacities hitherto only seen in the extra-dimensional beasts assaulting the planet.

_x000D_ - This blister pack provides the first Tritons unit reinforcements for Protectors players. Steel Sheel Crabs emerge from the ocean, Digging into to friendly territory in an attempt to save the planet from any who would seek to destroy it. Psi-Eels use their powerful Telekinesis abilities to stifle an invaderâ€™s best-laid plans._x000D_ _x000D_