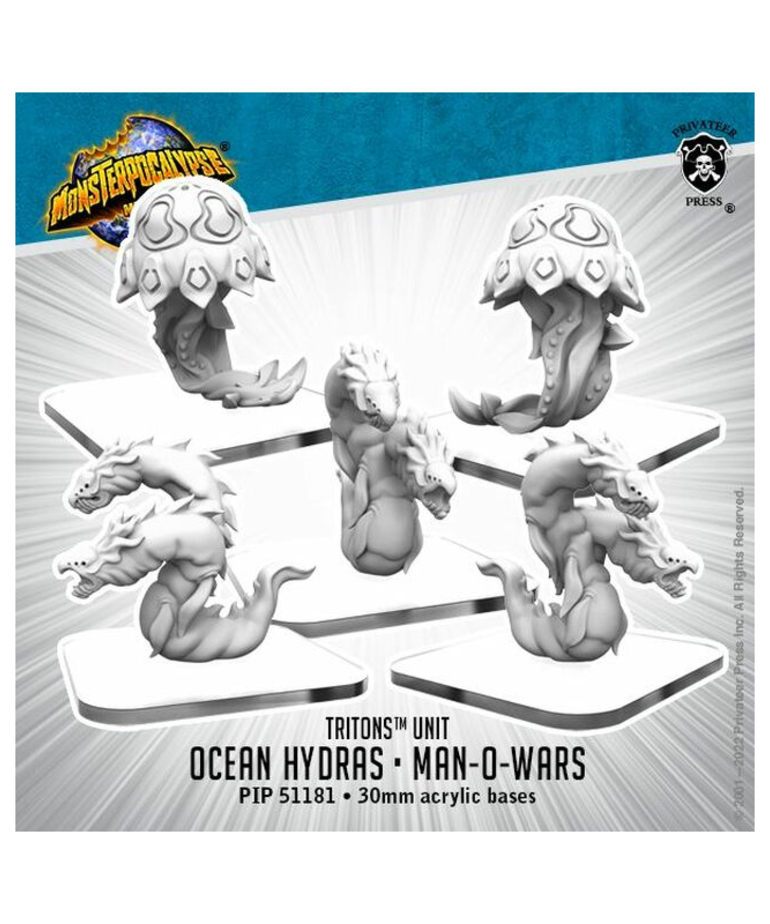 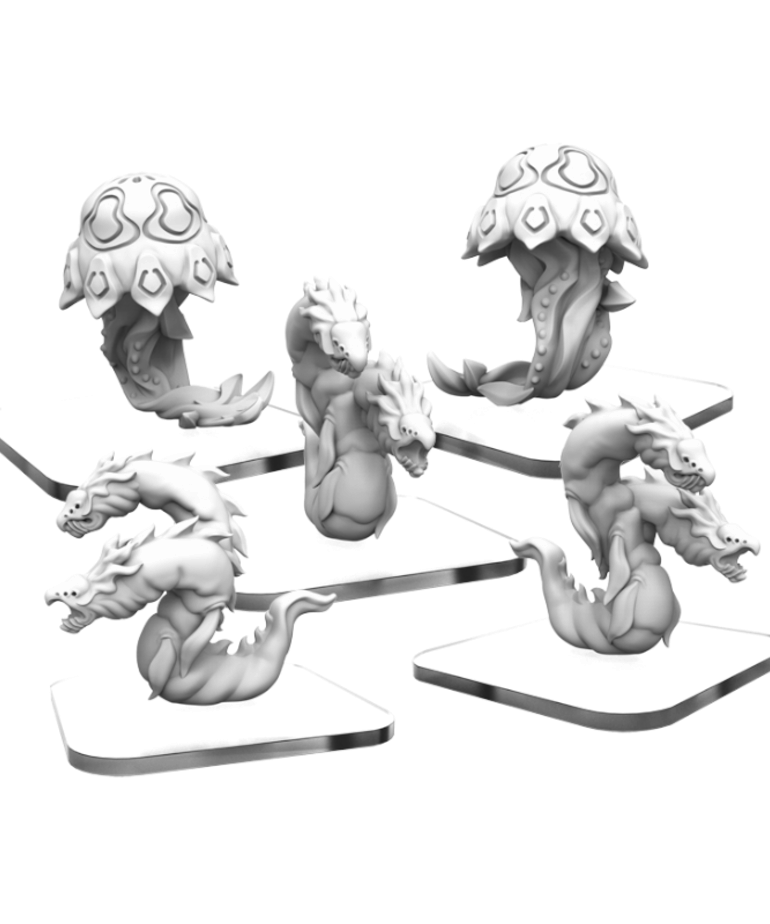 Considered the heavy guns of the Triton forces, the Ocean Hydra attacks its enemies with boiling-hot jets of water superheated inside its twin necks. By comparison, the Man-o-War is the shock trooper, leading the charge while remaining difficult to pin down. When teamed up, these units are perfect at keeping enemy swarms at bay.

The Ocean Hydra & Man-o-War are Triton units with a focus on killing swarms of units that can join any Protectors force. Ocean Hydras are powerful Dual Attackers that can boil their enemies alive with powerful jets of scalding water while the Man-o-Wars are Slippery front line foot soldiers that can wipe out their enemies with a Static Shock.