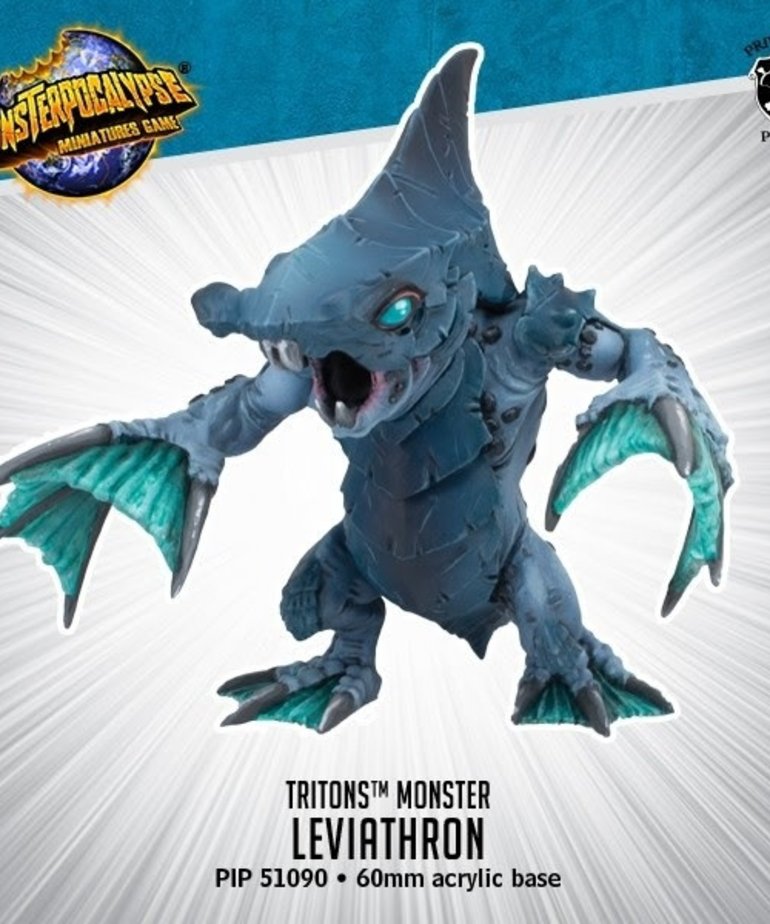 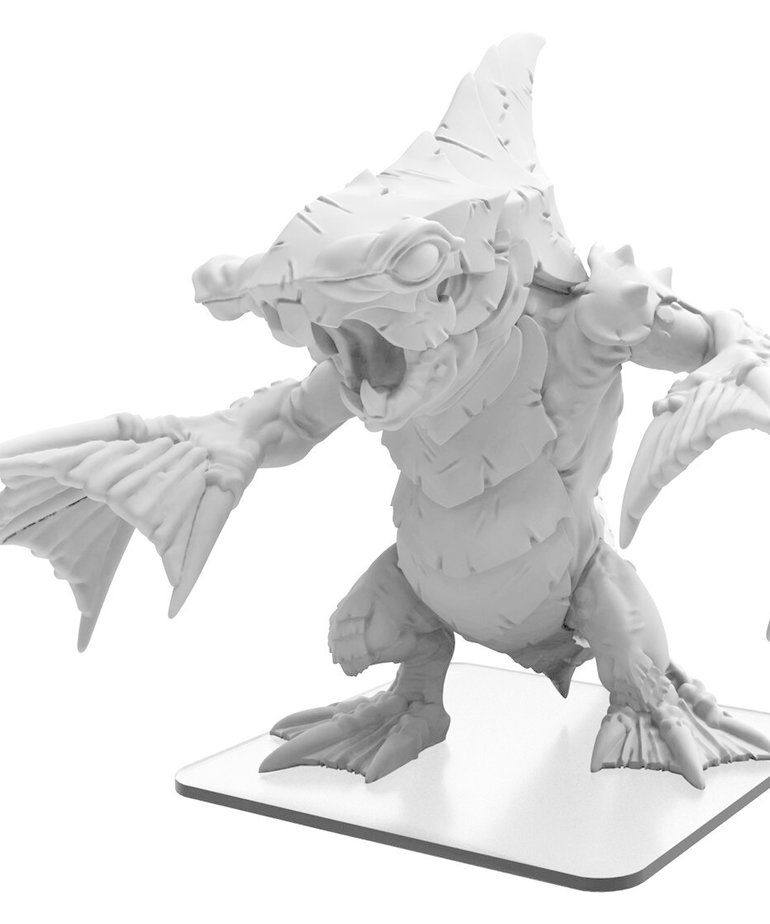 Crashing onto the shore like a nightmare from ancient mythology, Leviathron boggles the modern mind. Primitive bony fish have long been established as part of the fossil record, and massive sharks are known to have hunted in ancient oceans, but nothing could have prepared the civilized world for this creatureâ€™s arrival. Tides swell in the monsterâ€™s presence, perhaps indicating that nature itself fights alongside this brute. Ponderous on land like its fellow sea creatures, this monster bites huge chunks out of its enemies while the armored body of Leviathron seems able to absorb amounts of damage that would fell most of the other giants taking part in the Monsterpocalypse.

_x000D_ - Leviathron is a defensive monster that can be added to any Protectors force. Where other defensive monsters have ways of shutting off the damage potential of enemy attacks, this monster simply absorbs damage, shrugging off hits that would send other monsters straight into hyper form. His King Tide ability increases the speed of Triton units in his force and allows them to hide in any available water. Leviathronâ€™s huge claw fins are capable of taking out any grouped units in destructive Chain Reactions, and his formidable teeth are capable of Crunching through the bodies of monstrous foes._x000D_ _x000D_