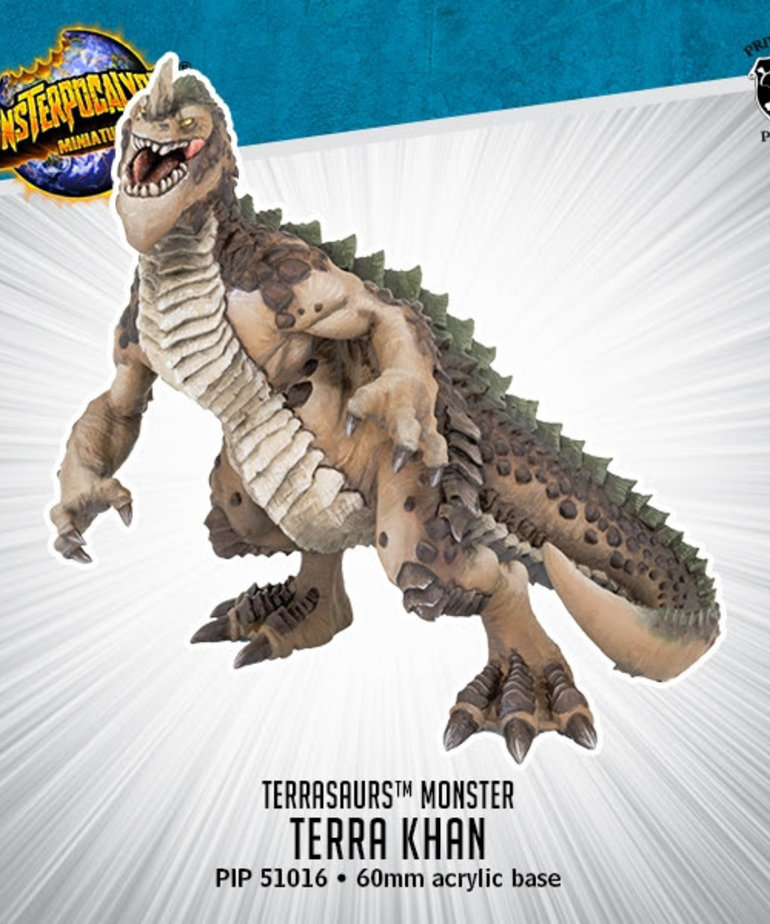 Of all the great beings defending the planet, Terra Khan is perhaps the most terrifying, a gigantic reptilian creature that embodies the rage of nature itself. His roar can send saucers falling to the ground, and his step can provoke high-magnitude earthquakes. The destruction left in his aftermath is an inevitable price required to obliterate those threatening all life on Earth. Yet no monster fights with more determination than Terra Khanâ€”he has been seen avoiding stepping on fleeing civilians as well as moving to shield beleaguered G.U.A.R.D. forces.

_x000D_ _x000D_ TRADE POINTS: This box contains a Terrasaur monster to expand your Protectors force. Terra Khan is a giant lizard that leads his smaller kin in defense of the Earth. He speeds his units up so they can get into the perfect position for maximum damage against enemy monsters. When he goes hyper, his anger become infectious, as his units fight harder and he pounds enemies with a flurry of blows.