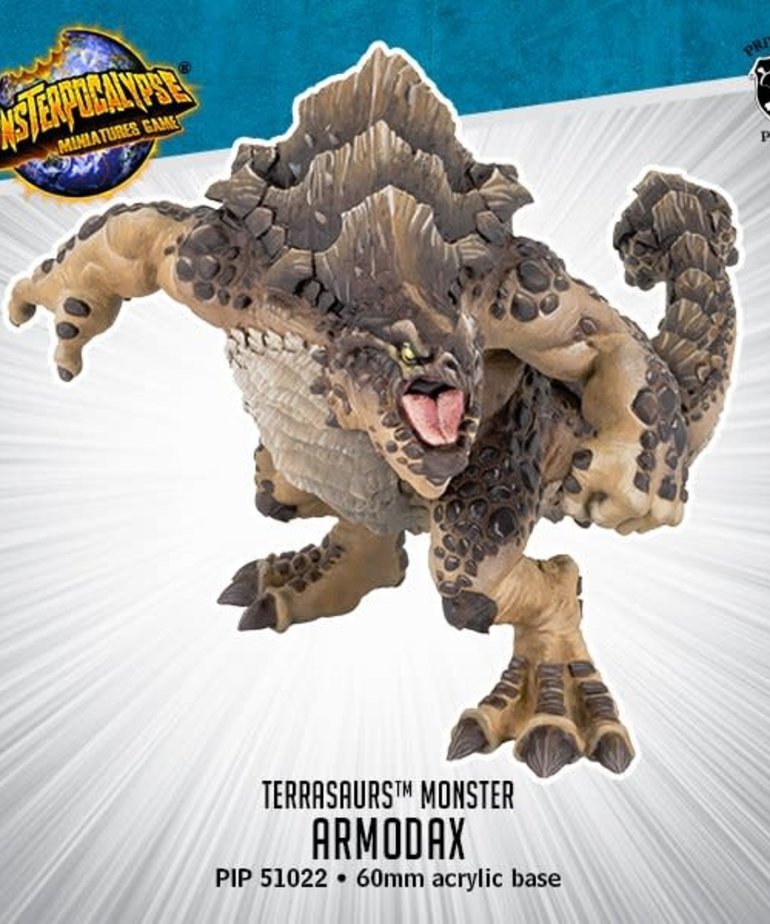 Though the Terrasaurs have shown a remarkable willingness to fight alongside Earthâ€™s other defenders, some are trickier to work with than others. Armodax is a hulking monster covered in armored plates and boasting a weighty clubbed tail that serves better than any wrecking ball at toppling buildings. He has demonstrated unrestrained delight in annihilating skyscrapers, factories, and power plants while clashing with Earthâ€™s foes. Yet there is no question he is worth preserving, given his unstoppable ferocity. His allies have learned to ensure the complete evacuation of any zone he has entered.

TRADE POINTS: Armodax is an incredibly resilient monster that can be added to any Protectors force. His thick armored plating protects him from taking damage when colliding with buildings. In the early game, he relishes destruction, gaining extra Power Dice for every building and unit he destroys. When he goes hyper, he gains power dice whenever he or an ally is attacked, and he swings his powerful tail into enemies, sending them staggering across the map.