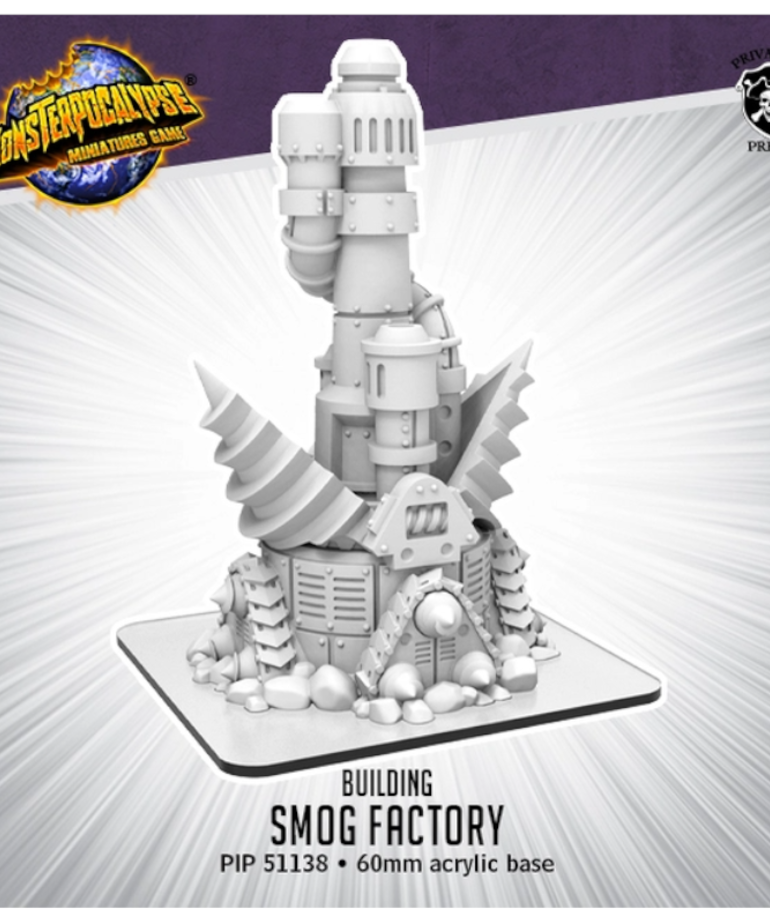 Deep beneath the earth in vast unexplored caverns are entire ecosystems that the Subterrans call home. Pitch-black toxic fumes permeate that ecosystem; in high enough concentration, the smoke is lethal to all other creatures except the denizens of those caverns. The Smog Factories are designed to produce those fumes on the planet’s surface, creating a microcosm of that ecosystem, one conducive to Subterran physiology. In the long term, however, they act as terraforming platforms designed to turn all Earth into a perfect Subterran habitat.

The Smog Factory is a new building that can be added to any Monsterpocalpyse force. It acts as a Base for Subterran Uprising units, thus making it particularly useful to players who play that Faction. Once it’s controlled, both monsters and units can make cunning use of the Smokescreen the Smog Factory creates to hide their advance, allowing for sudden, perhaps peculiar ambushes