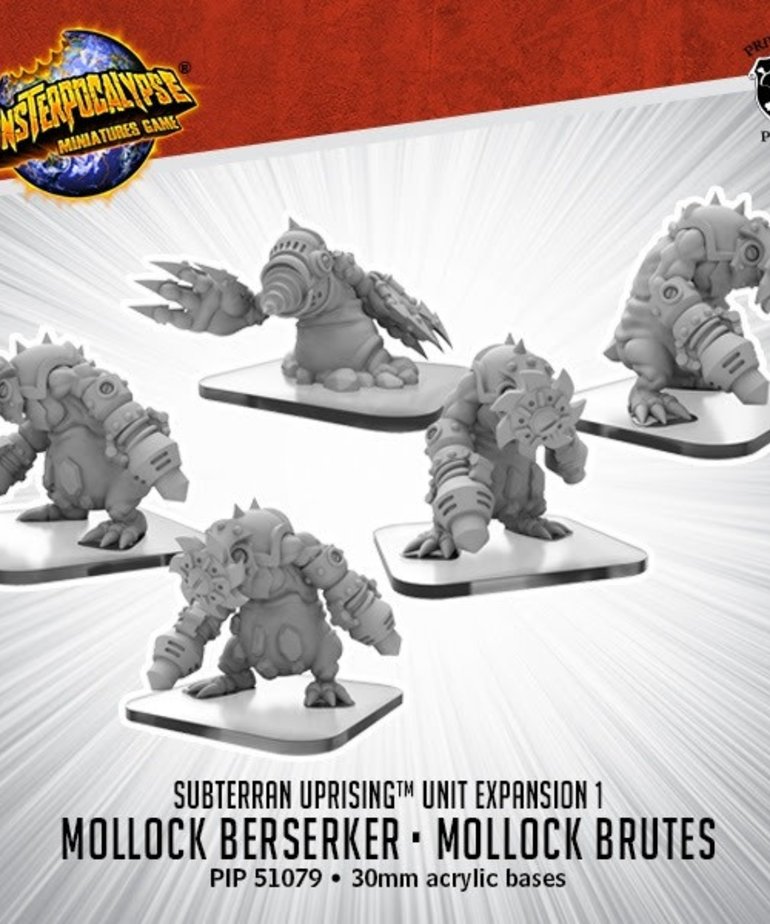 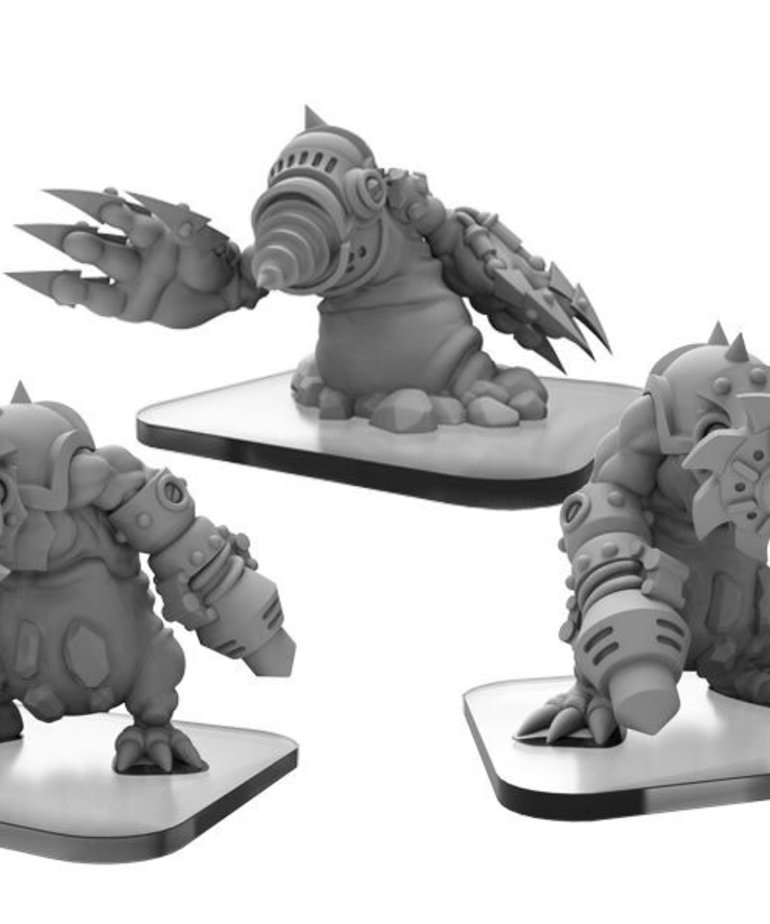 Among the Subterrans, the mollocks are a caste of battle-ready warriors noted for their ferocity and fearlessness. After being surgically equipped with prosthetic grinders and drills, the greater tyrants send mollocks to the surface to murder and destroy. Mollock brutes display a wider array of machined replacements geared toward melee confrontations. Berserkers erupt from the ground to startle and flank foes and enter a frenzied trance-like state until no foes remain.

_x000D_ - This blister pack provides the first Subterran Uprising unit reinforcements for Destroyers players. Mollock Brutes advance across human cities digging just below the surface, Cloaked from enemy eyes until they burst forth to take down their masterâ€™s target. Even more frightening than its common Mollock brothers, the Mollock Berserker shuns all subterfuge, intent on Berserking its way through as many enemies as possible before it falls to hails of cannon fire._x000D_ _x000D_