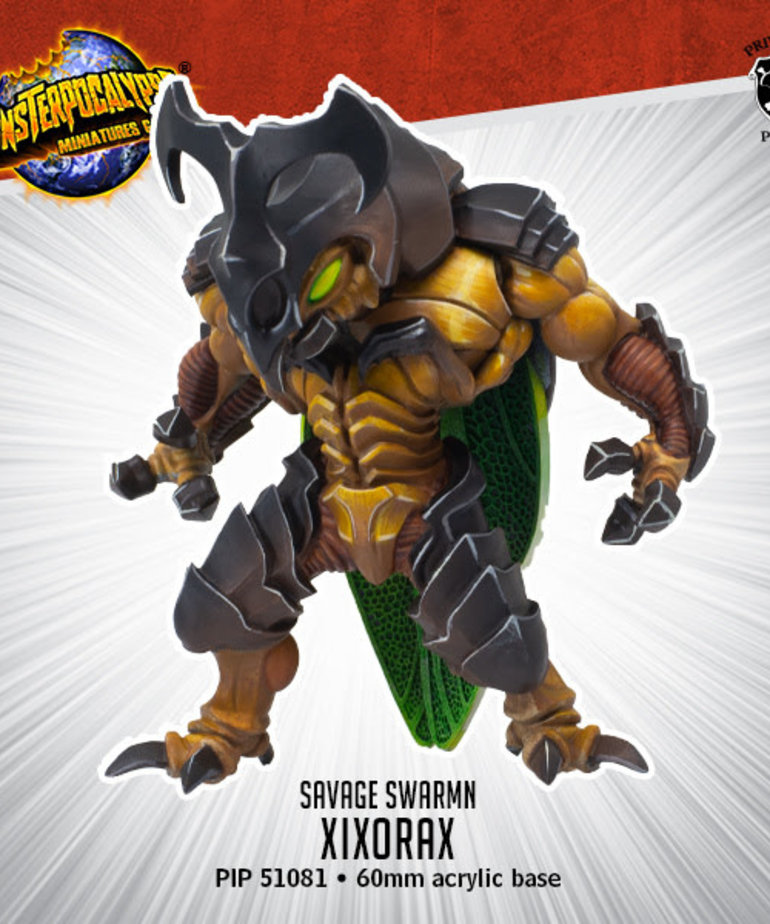 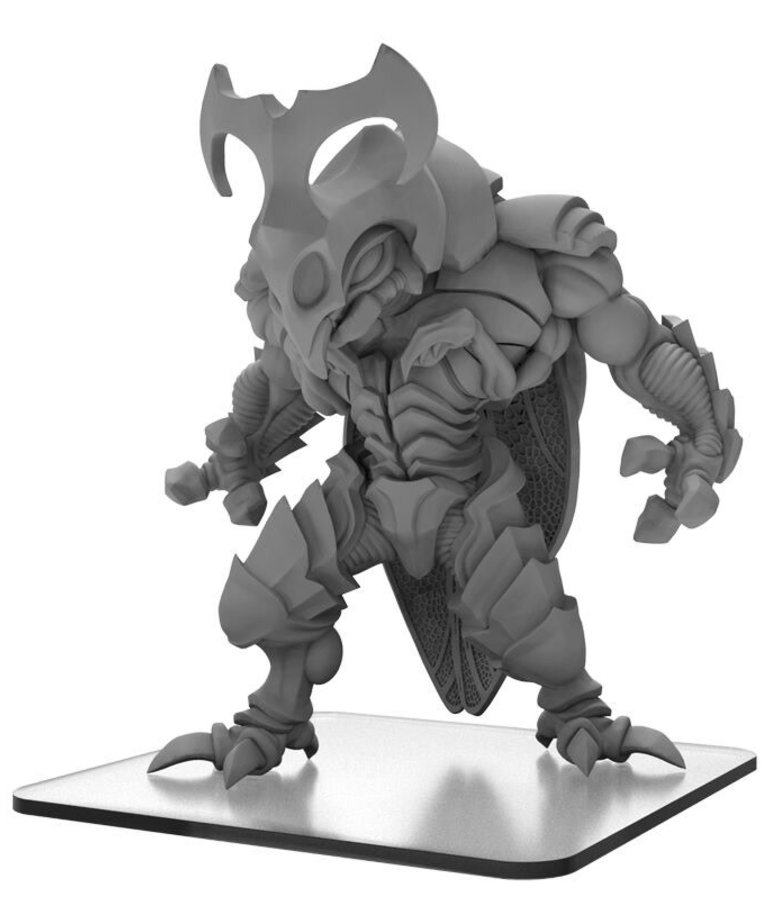 The existence of the Savage Swarm has produced rampant speculation in fields as far apart as biology and theology. Preceded by the drone of a thousand-thousand buzzing wings, Xixorax emerges from craters in the earth to erupt as a force of urban destruction. Resembling a gigantic bipedal beetle, Xixorax shows none of the regard for the natural world or humanity that is demonstrated by the Terrasaurs and Empire of the Apes. Whether he has any intelligence or is motivated by any desire other than pure annihilation remains to be seen.

_x000D_ - Xixorax is an Offensive monster that can be added to any Destroyers force. This juggernaut of insectile force rampages through the cities of mankind with no apparent goal other than rampant destruction. When he goes hyper, he uses his opponents as weapons, masterfully knocking down buildings by slamming or throwing opponents into them._x000D_ _x000D_