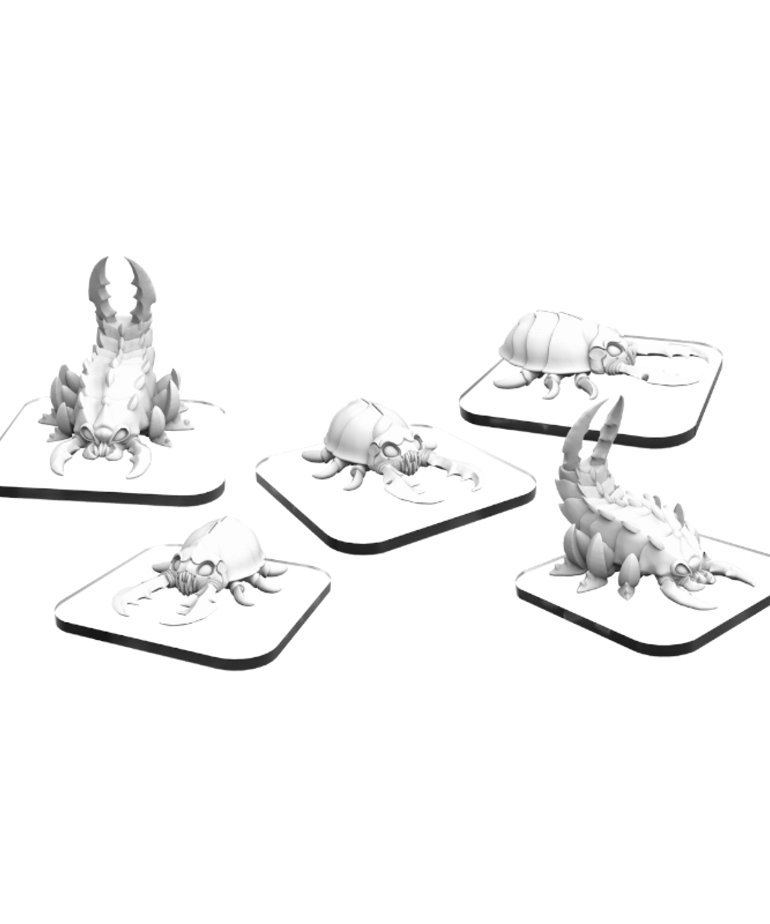 Vice Pinchers and Steelback Roaches make up the Vanguard of the Savage Swarm, digging into the right positions and striking the enemy where it hurts the most. The Vice Pinchers are skirmish fighters, killing prey and then quickly moving into position for the next. The Steelback Roaches are the gruesome brood mothers of the Savage Swarm, infesting every corner of the map with insects.

Vice Pinchers and Steelback Roaches are units focused on Attacking and Board Control that can join any Destroyers force. The Vice Pinchers are aptly named for their Barbed nature; they Follow Through with their brawl attack by spitting acid at those enemies they have in their vice grip. The Steelback Roach is a Beachhead for the Savage Swarm, Proliferating insects across the battlefield wherever they go.