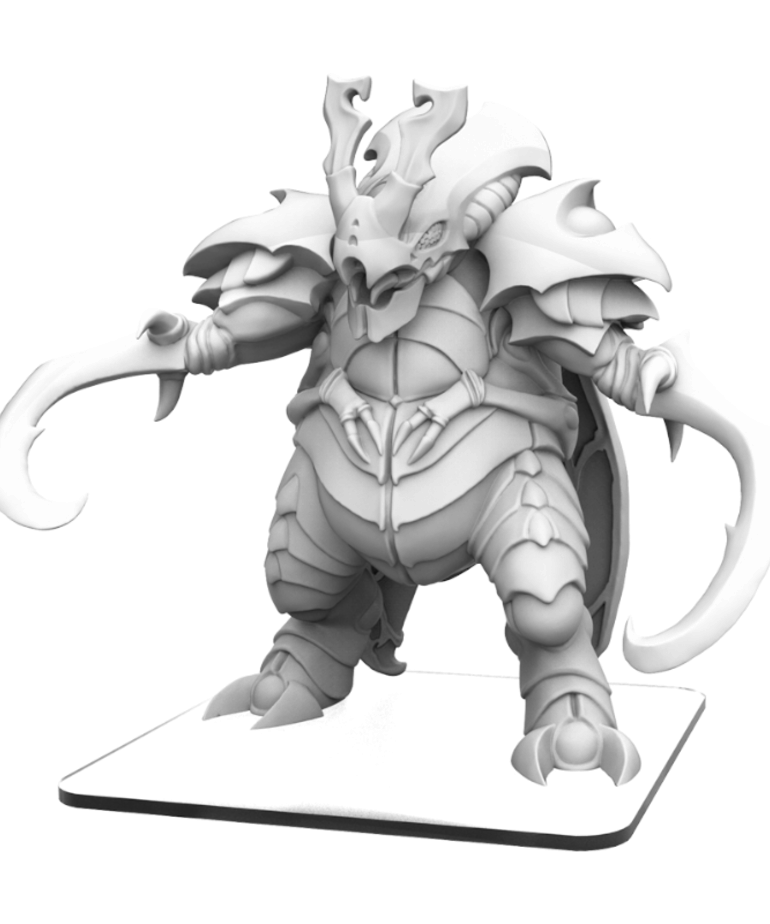 Mucustos is an ancient and mercurial parasite. Savage as they may be, most of the Swarm are mindless insects simply chasing food. But when Mucustos is present, the Swarm takes a much more organized and tactical approach to combat. This titanic Coleoptera brings the swarm to bear as his weapon while seeking out the massive amount of energy it takes to sustain his brood. It was high in the Akaishi Mountains that Mucustos found he also has a taste for things magical in nature. With his power to reach new heights, Mucustos is ready to cover the planet with the Savage Swarm and drown it in blood.

Mucustos is a monster with a focus efficiency and units that can join any Destroyers force. In alpha, Mucustos Blitz's his insects into combat. When he is present, enemies should expect a full-scale infestation to cover the battlefield. In hyper, this monster becomes a real Parasite, draining enemy power and Crunching on their will to fight. Wherever Mucustos goes, the Savage Swarm becomes a Stampede, ready to devour everything in its path.