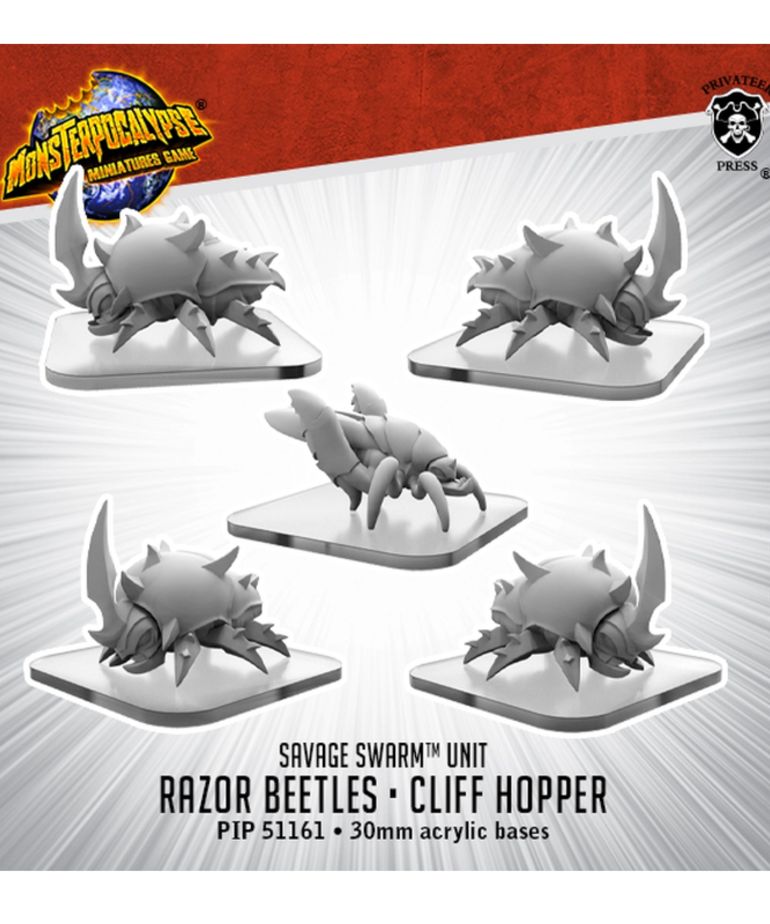 The Savage Swarm is constantly evolving and creating new mutated and monstrous insects based on their normal-sized versions. When the Swarm required a wall, the might carapaces from various beetles, was enhanced and affixed with razor sharp blades. Razor Beetles are the barricade of the Swarm, ensuring their hive mind remain safe from harm while their forces ravage entire cities. Nearly the exact opposite of the Razor Beetle is the Cliff Hopper. It evolved to be the most maneuverable member for the Savage Swarm, constantly jumping from perch to perch. Once it arrives at the most advantageous position, it can relay weak points back to the hive mind.

Razor Beetles and Cliff Hoppers fill some of the weaknesses of the Savage Swarm. The beetles' carapaces don't just make them resilient to all but the most powerful attacks, but they can also become a weapon. The beetles can make sudden short reactionary movements to ensure their attackers end up impaling themselves on their Spike Shield of razors inlaid in their carapaces. Cliff hoppers grant the Savage Swarm much more dynamic movement options with their ability to Hop from one place to another. Although their repositioning is their main attribute, their attacks can Gorge Power from their unfortunate targets.