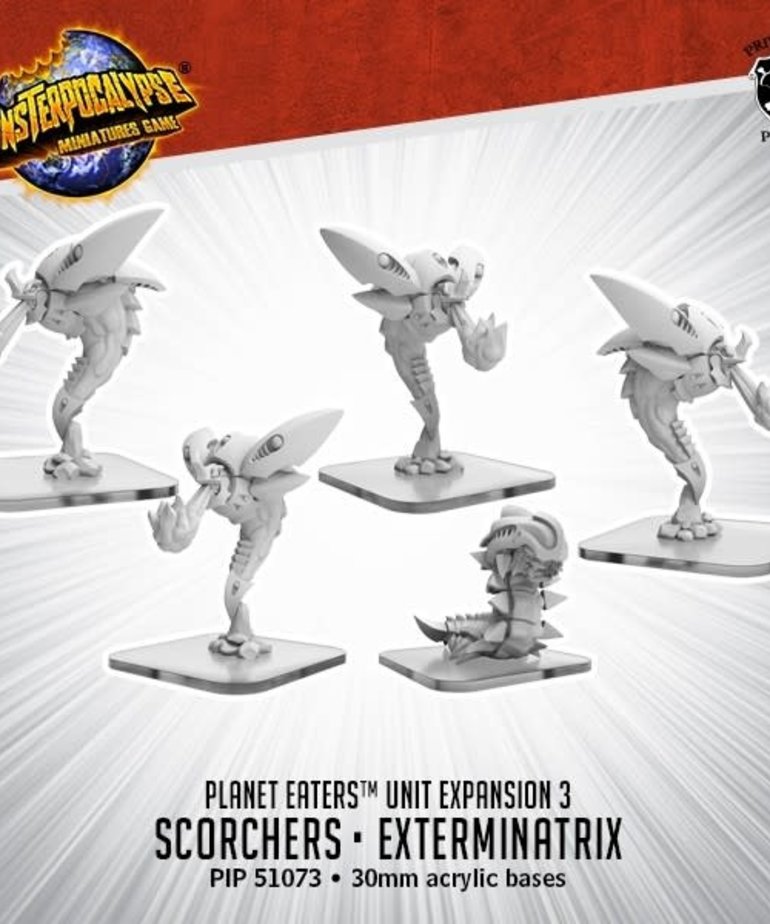 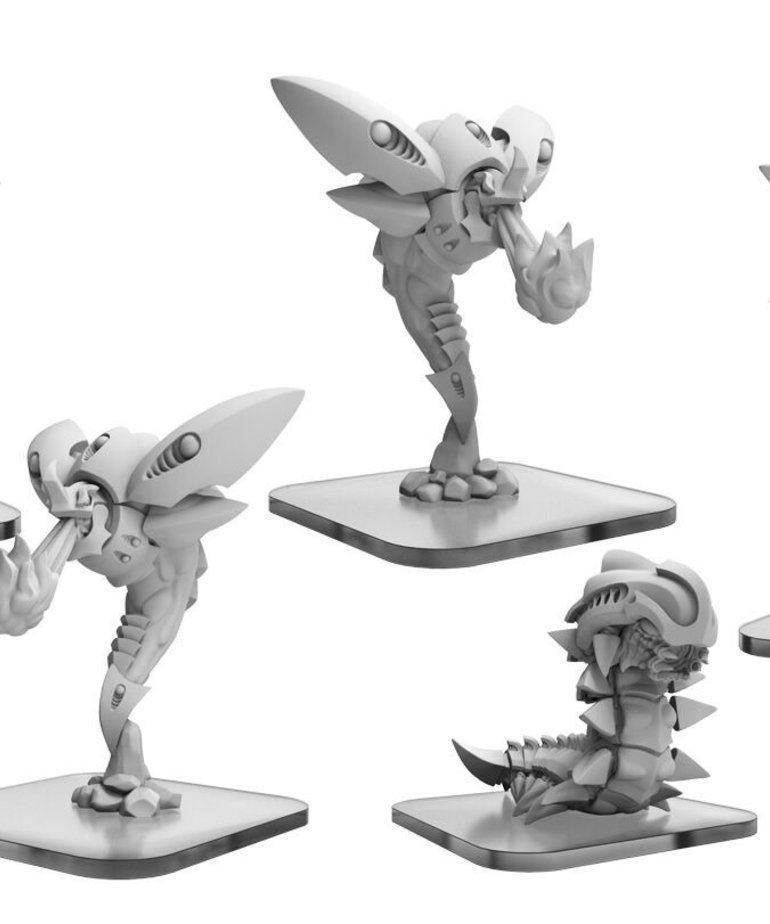 Scorchers are highly mobile, flying assault entities that frequently accompany the greater Planet Eater monsters on their rampages. Capable of emitting blasts at extremely high temperatures, these beings can melt even advanced alloys to slag.

Exterminatrix are horrifying multi-limbed creatures bearing superficial resemblance to destructomites but capable of emitting a short blast of plasma energy, rendering that which was destroyed more easily absorbed by the Planet Eaters.

_x000D_ - This blister pack provides Planet Eaters reinforcements for any Destroyers player. Scorchers are often mistaken for Explodohawks as they swoop toward an enemy until they release a stream of flaming mucus on their target. This expectorant exists at such a high temperature that it frequently Ignites nearby piles of rubble into blazing infernos. An Exterminatrix often seems to calmly slither across a city until it suddenly pauses to rear up and spit a caustic glob at a building its alien instinct has marked to be Demolished. The glob Penetrates deep into the building before detonating to cause a wave of Devastation to erupt from the structure._x000D_ _x000D_