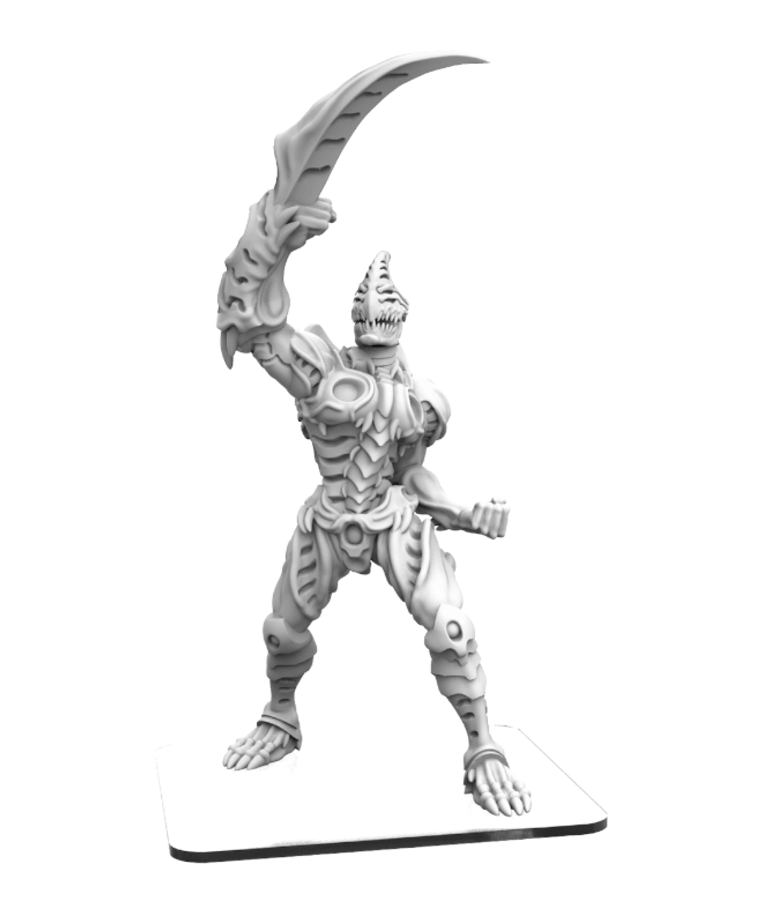 0 reviews
Add your review
- A monster with a focus Control & Precision that can join any Destroyers force.
20+ In Stock
Add to wishlist / Add to compare / Print

With the arrival of the Necroscourge, Zor Macros of the Syndicate became obsessed with nanites that was their self-replicating technology. He integrated them into his Zor suit before testing his concepts of controlling them on the living, all the while realizing he only had a fraction of the power he could if he tapped into the source of the Necroscrouge. Zor Macros chose to use hi newfound power to open a Nexus directly to the Necroscourge source, a venture that tore him to pieces on atom at a time. Yet a voice spoke to him as his atoms scattered across the cosmos. "You have served me well in life; in death, you shall serve me too. Rise, Zor Necros, and as my vessel you shall have the power you seek." Thus did Zor Necros' mind return to his body, now something very different in the darkness.

Zor Necros is a monster with a focus Control and Precision that can join any Destroyers force. In alpha form, Zor Necros uses his control over cosmic forces to Red Shift Necros Shinobi out of thin air at the cost of some of his power. Zor Necros also Strafes his enemies with dark energy blasts before opting to Hit and Run into a better position. In hyper form, Zor Necros uses nanites to boost his cognitive powers. With his Mastermind plans, he uses Gravity against his enemies until they are crushed under the weight of his power.