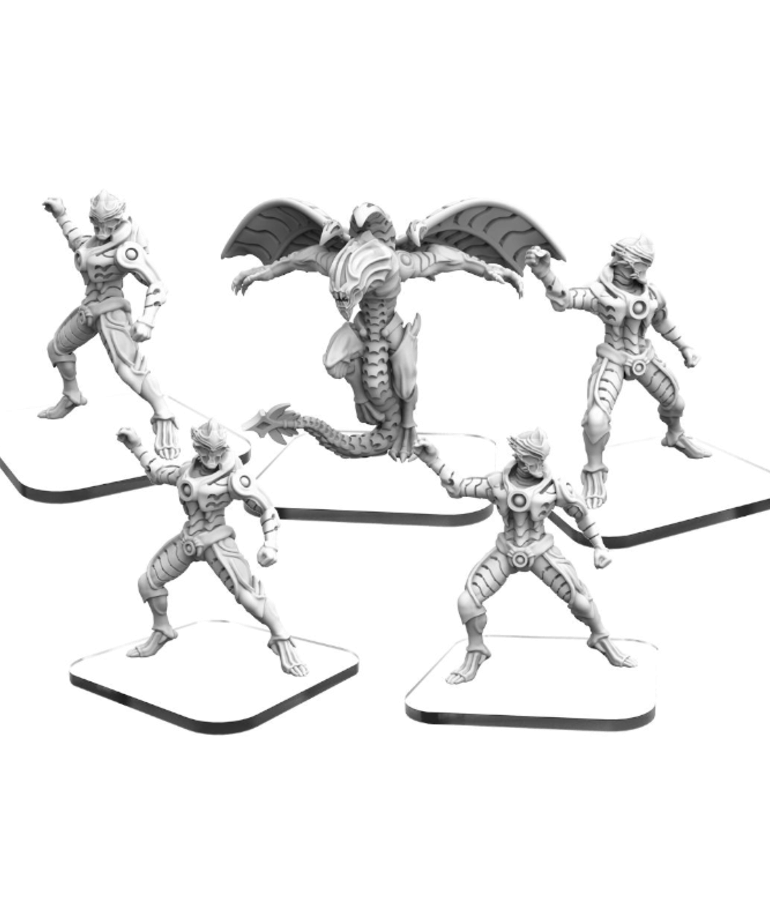 0 reviews
Add your review
- Necros Shinobi & Necros Overlords are units focused on command and control and can join any Destroyers force.
20+ In Stock
Add to wishlist / Add to compare / Print

Necros Shinobi are Shadow Sun Shinobi repurposed by Zor Necros directly. Each is a copy of the personal bodyguards he sacrificed to his scientific ambitions, and now they are his vanguard, replicated in death to eternally serve the swarm. Necros Overlords come directly from the Necroscourge source; they never existed in their current form. Instead, an Overlord is now a collective of each world's best leaders and warmongers poured into one vessel that upgrades itself with each new world the Necroscrouge conquers.

Necros Shinobi and Necros Overlords are units focused on command and control and can join any Destroyers force. Necros Shinobi Cloak their position until the moment is ready for them to strike. While capable of attacking, Necros Shinobi focuses primarily on being a Disruption to the enemy's force. The Necros Overlord is a Tyrant among the Necroscourge troops but under its command, their attacks can penetrate the heaviest armor.