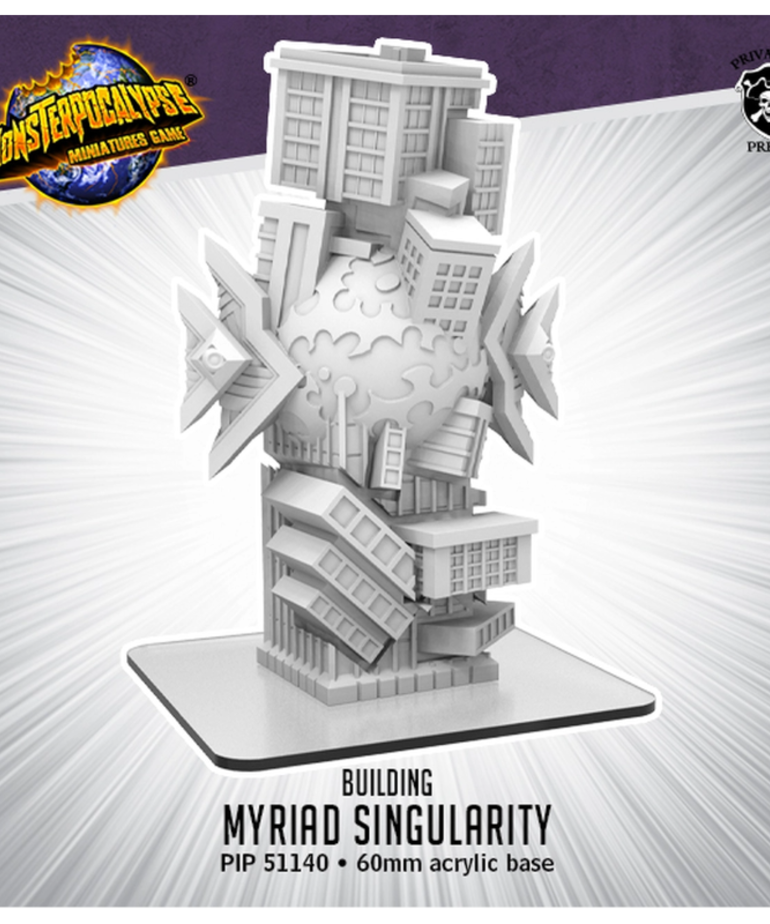 When the Masters of the 8th Dimension entered our dimension for the first time, strange phenomena were left in their wake. Nearly all attempts to study the breaches in reality have failed; the only fact that can be confirmed about the breaches is that they warp reality, causing even the fundamental constants of the universe to be distorted. Observers have noted matter passing through other matter without interacting in any way and substances simply skipping small portions of space to appear instantaneously nearby. On occasion, this has caused creatures to occupy the same space as other matter,most often resulting in their deaths.

The Myriad Singularity is a new building that can be added to any Monsterpocalpyse force. It acts as a Base for Masters of the 8th Dimension units, thus making it particularly useful to players who play that Faction. The reality around the Myriad Singularity does not function in any way human scientists can grasp; however,on merely a whim, forces controlling a singularity can create Spatial Anomalies that are entirely unknowable while being incredibly advantageous.