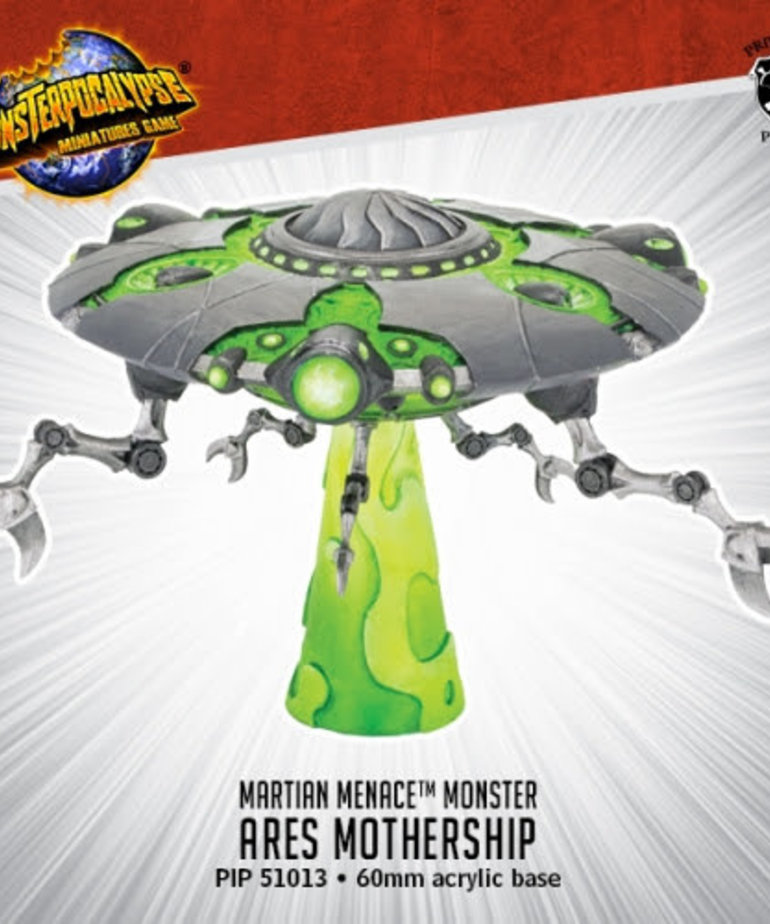 The Ares Mothership is a large Martian vehicle propelled by unknown means, and it represents the first extraterrestrial construct to enter Earthâ€™s atmosphere in recorded history. Its powerful lasers immediately answered the question of whether alien intelligence would be friendly or hostile. As the vanguard of the Martian invasion of the planet, Ares Mothership prosecutes a campaign of destruction across the globe, securing valuable resources that it can transform into new Martian assault craft.

TRADE POINTS: This box contains a Martian Menace monster to expand your Destroyers force. Ares Mothership hovers over a city, abducting enemy units or disassembling them to create other Martian units. When she goes hyper, she shifts her tactics, coordinating her own units to press forward, taking territory as they destroy all opposition.