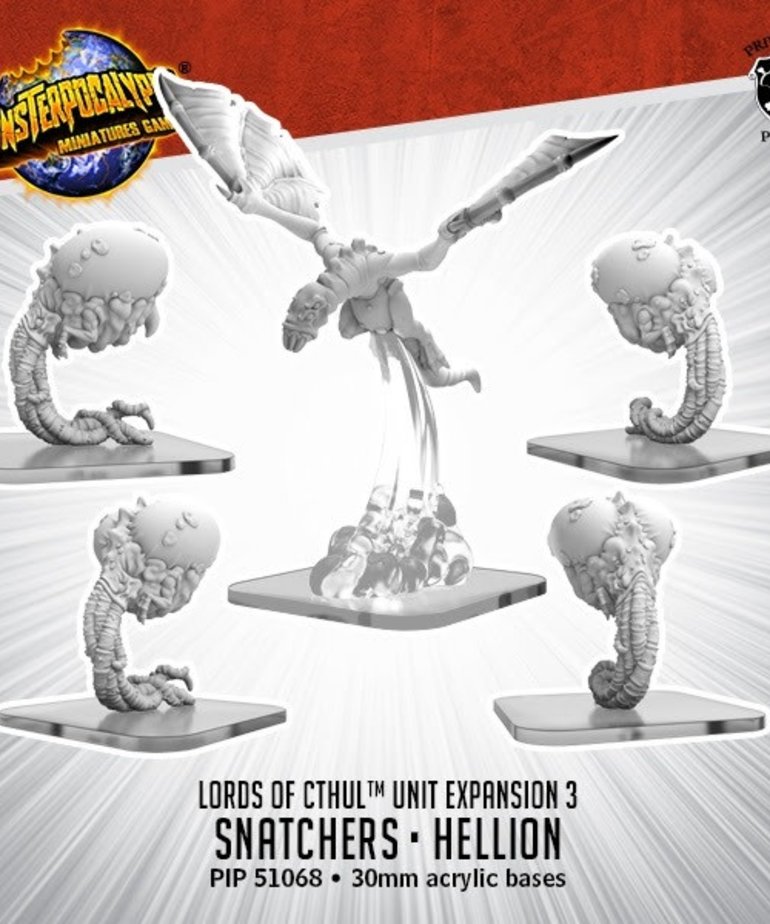 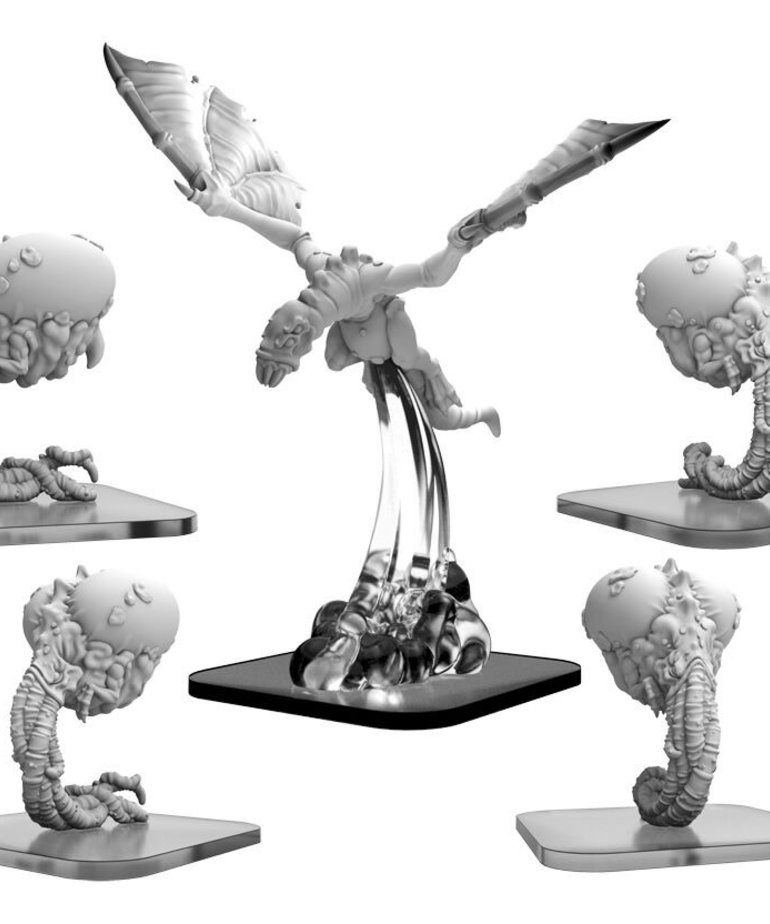 Key Features:
_x000D_ This blister offers additional Lords of Cthul units to bolster any Destroyers force. Snatchers Hover ominously, looking for any unit they can corrupt and manufacture into another follower of their dark masters. The Hellion swoops across the city, striking key targets. Its powerful teeth easily penetrate a targetâ€™s defense, and monsters bitten by the creature feel their power slowly siphoned away.

It is difficult for even the brightest minds of humanity to understand the fiendish creatures of the Lords of Cthul. Snatchers are among the most feared of their lesser minions, bloated hovering creatures capable of seizing hapless victims and transforming them into a similar biomass of Cthulians. Against such a fate, some might consider the alternative of being torn apart by a swooping Hellion to be preferable. Hellions are batlike hunters capable of swift movement and similarly swift foe neutralization.