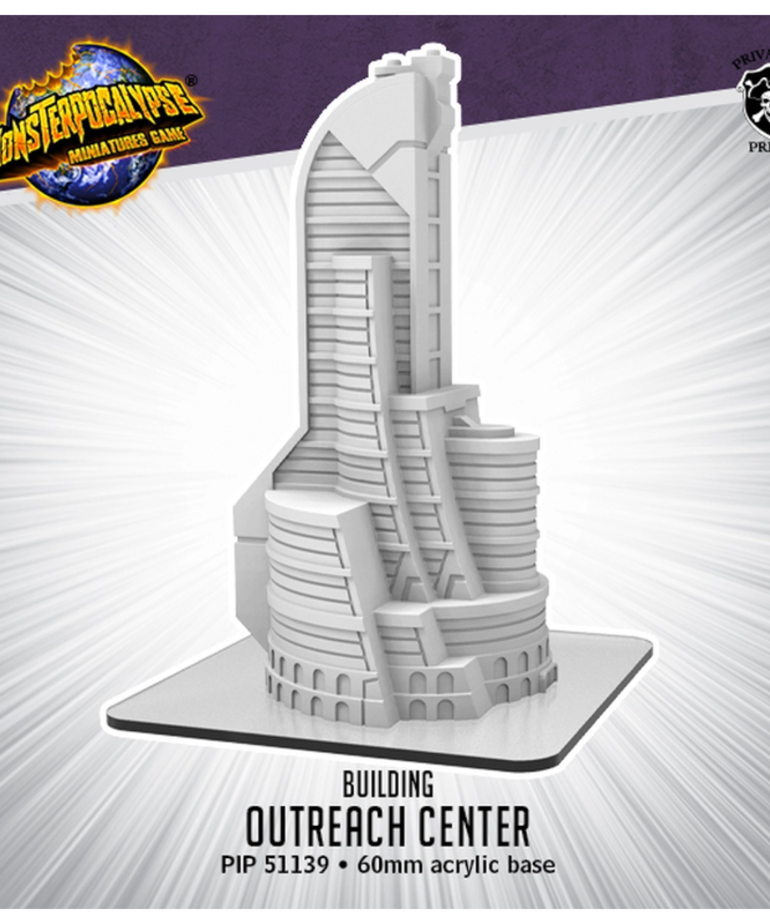 Once the Legion of Mutates had the power to stand up to governments all over the world,Outreach Centers began to appear in many major cities. Constantly under the dutiful guard of massive mutates, it’s not unusual to see people with all sorts of animalistic forms moving in and out of the Centers, as these locations act as bases of operation and supply for the temporary growth formula to be distributed to militia whenever monsters attack their city. They are also where humans can go to receive the permanent mutagen that transforms them into hybrid creatures with amazing physical abilities. The Outreach Centers bring the power to the people in a way the world’s governments have entirely failed to do.

The Outreach Center is a new building that can be added to any Monsterpocalpyse force. It acts as a Base for Legion of Mutates units, thus making it particularly useful to players who play that Faction. Once your forces have secured access to the mutagen within the Center, your units will be able to Transform and adapt to any situation. These amazing sudden transformations serve the Legion’s goal of Outreach to the public.