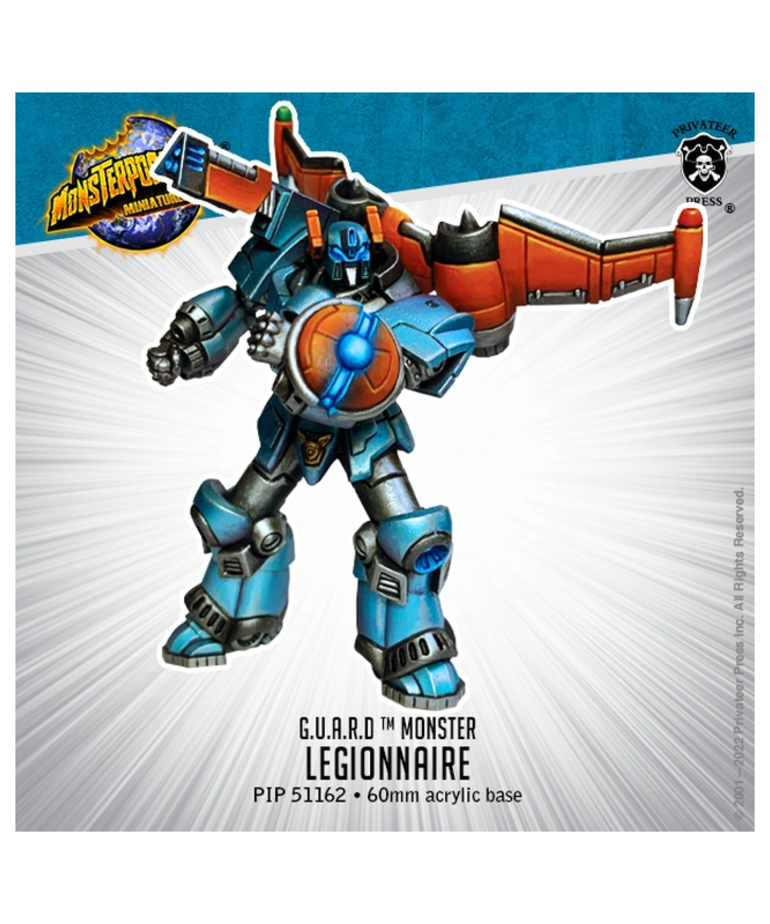 G.U.A.R.D. scientists have finally completed their most ambitious project to date. Legionnaire is not only a powerful mech but also acts as a forward command center. Built into the behemoth machine is some of the most advanced communication and imaging systems ever created. Legionnaire is able to pinpoint and relay the location of all nearby threats in real time. The powerful cannons of the G.U.A.R.D. tanks move in sync with Legionnaire’s own massive triple-barreled rail gun. With this incredible synchronization, the G.U.A.R.D. forces can systematically obliterate their enemies.

Legionnaire is a monster with a focus on blast attacks and ground units that can join any Protectors force. Legionnaire acts as Ground Control, constantly giving orders and assisting the primarily tank-based armies it leads. A massive array of Targeting Satellites offer constant real-time firing solutions to everyone connected to Legionnaire’s network. Although command and control is Legionnaire’s primary focus, its powerful rail guns can Penetrate even the thickest of carapaces.