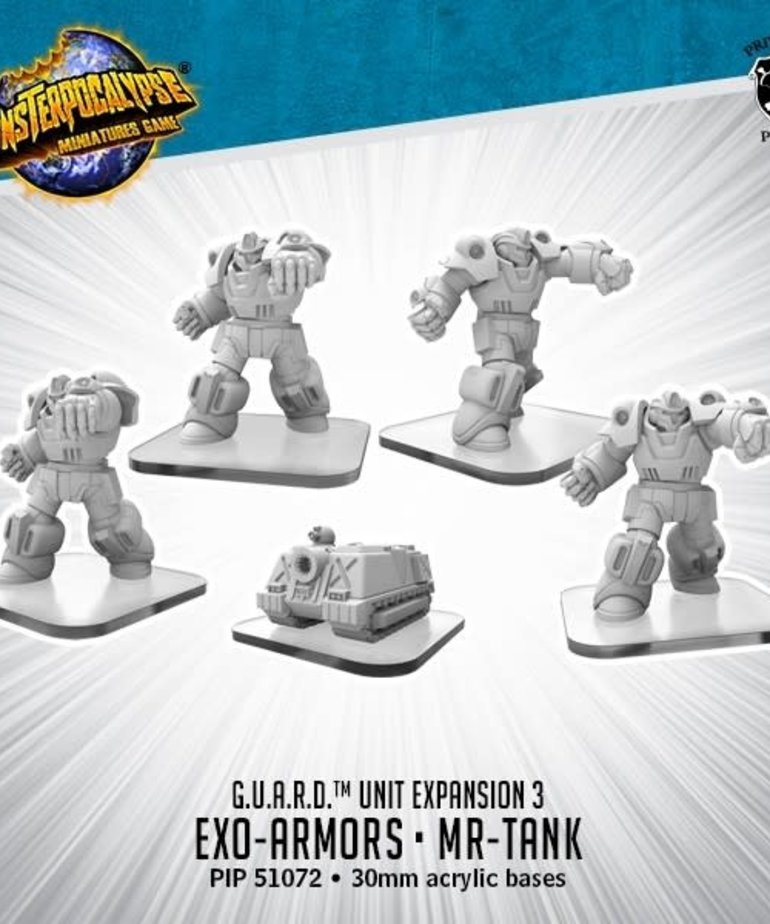 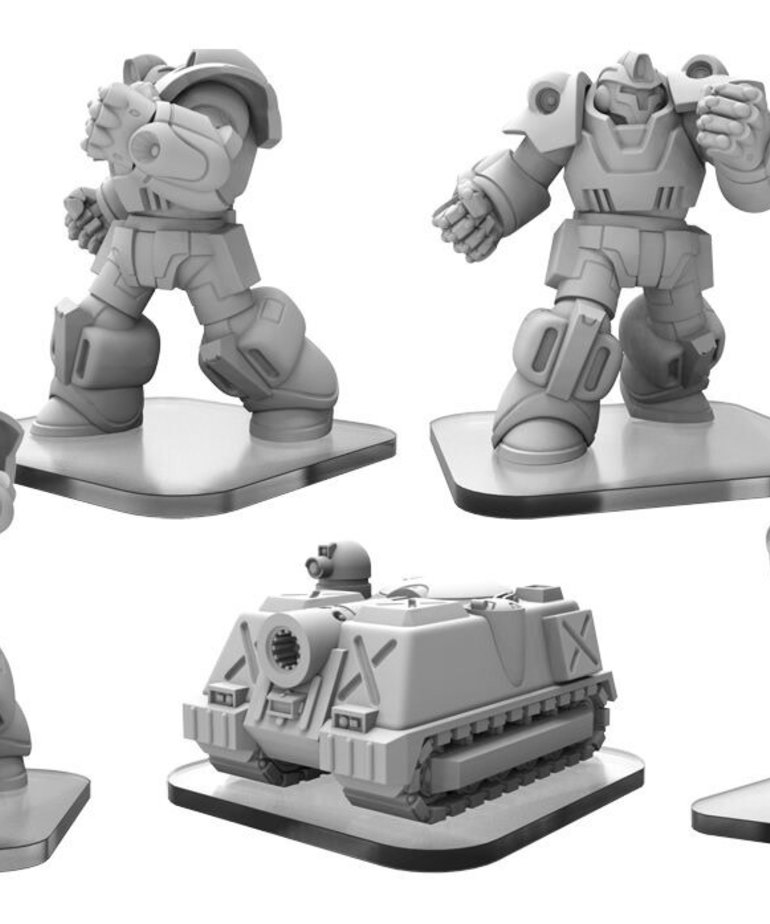 G.U.A.R.D. has proven its facility at manufacturing powerful mechanized warriors. In addition to the larger â€œsuper mechâ€ weapons platforms, it has unleashed a large number of smaller exo-armors to assist in flexible ground support. These mechs are extremely durable, being all but immune to explosions in their vicinity.

While some of G.U.A.R.D.â€™s weaponry was based on preexisting designs, the heavy Monster Response Tank was created specifically to assist in encounters with gargantuan monsters. The focused firepower of MR-Tanks exceeds all previous developments, enabling these machines to potentially damage even the greatest of Earthâ€™s threats.

_x000D_ This blister pack provides G.U.A.R.D. reinforcements for any Protectors player. Exo-Armor troops go toe-to-toe with the enemies of the planet wearing state of the art suits that cannot be stomped by enemy monsters due to their Uncrushable design. They are often seen wading through explosions, shrugging off shrapnel from exploding buildings and nearby allies. Rolling up behind them is the MR-Tank. Unlike most units in a conflict zone, the MR-Tank is deployed to take on monsters instead of their smaller minions. The crews of these vehicles often paint colorful slogans on their thick armor plating, declaring themselves Big Game Hunters, and their allies are not too proud to hunker down behind them taking Cover from enemy fire._x000D_ _x000D_