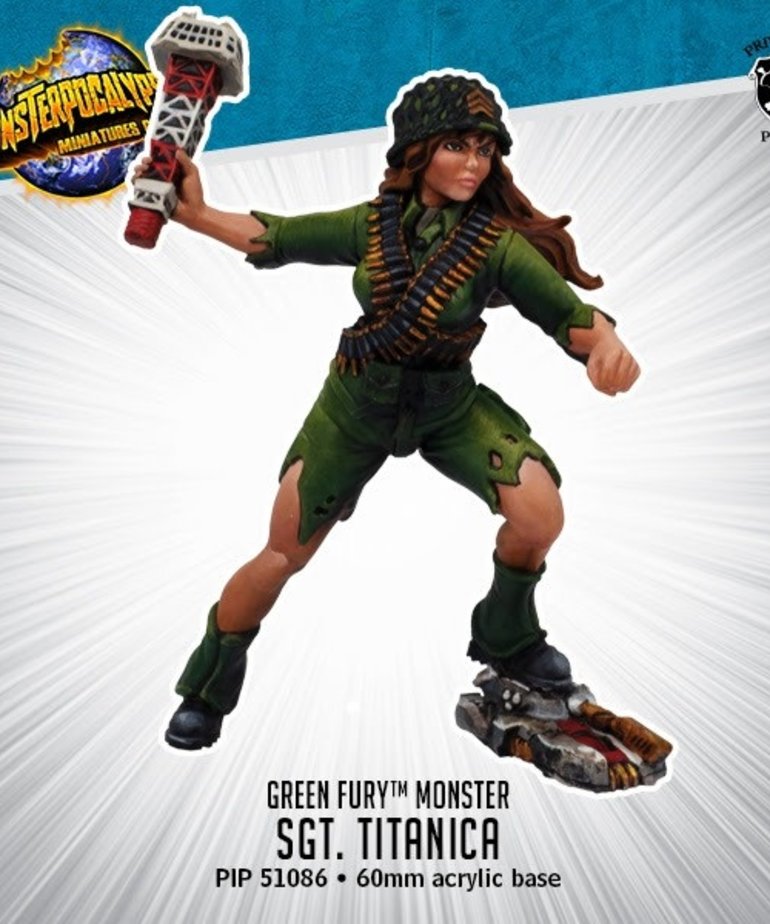 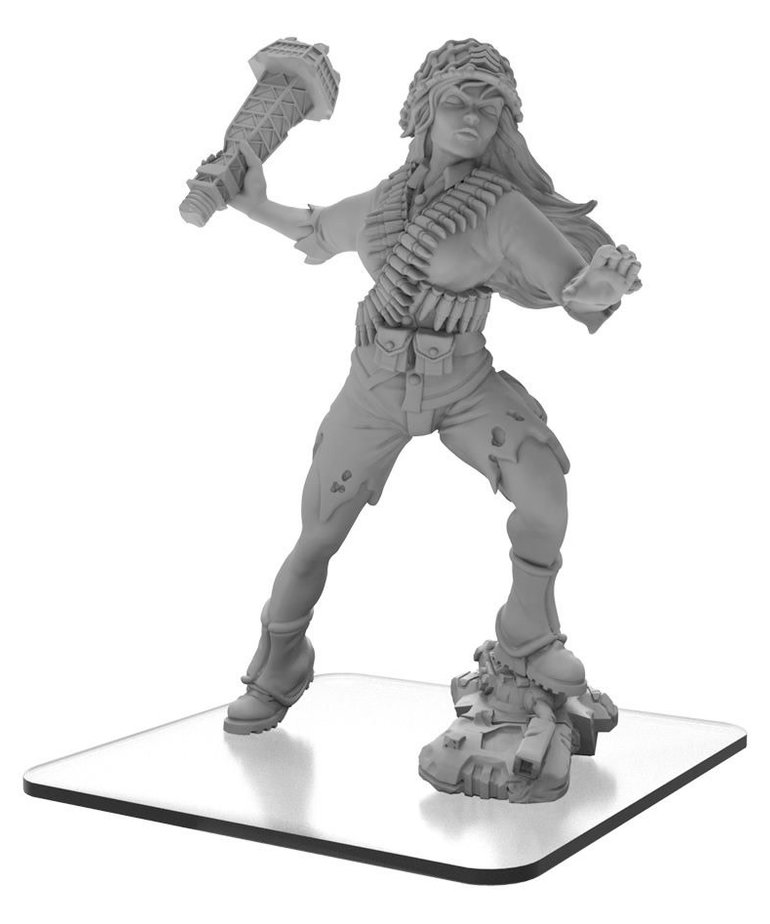 Decades of fringe scientific research has culminated in the Green Fury monster known as Sergeant Titanica. No one knows her true identity, but numerous websites claim to know the origin of this enormous woman. Smaller details differ, but all sources agree that she was a highly decorated member of a western military organization recruited by Green Fury leadership to take part in a dangerous experiment. By combining previously unknown plants found in the region from which the Terrasaurs emerged with energies generated by crystals found in the impact craters of the Harbinger comet, Green Fury scientists were able to spark massive growth in the cells of their volunteerâ€™s body. Most remarkably, Sergeant Titanica retained all of her mental abilities and has been leading the ragtag forces of her newfound friends ever since. In addition to origin stories, conspiracy theories abound regrding her life after the experiment. Titanica does not appear to be able to return to human size like the Zors of the Shadow Sun Syndicate, so many believe she may be being harbored by a government when not taking part in battles.

_x000D_ Previously only available as a convention exclusive, this standard release is a new sculpt for Sergeant Titanica, a support monster that can be added to any Protectors force. In alpha mode, she Motivates allies to move more quickly into tactical positions, and she is capable of Repositioning after taking a hit from an opponent to interfere with her enemyâ€™s plans. When she goes Hyper, she Leads from the Front, encouraging allies to take careful aim before unleashing their attacks, and she uses her extensive combat training to order allied units to Tactically Shift, often clearing the way for her powerful Combo Strikes._x000D_ _x000D_