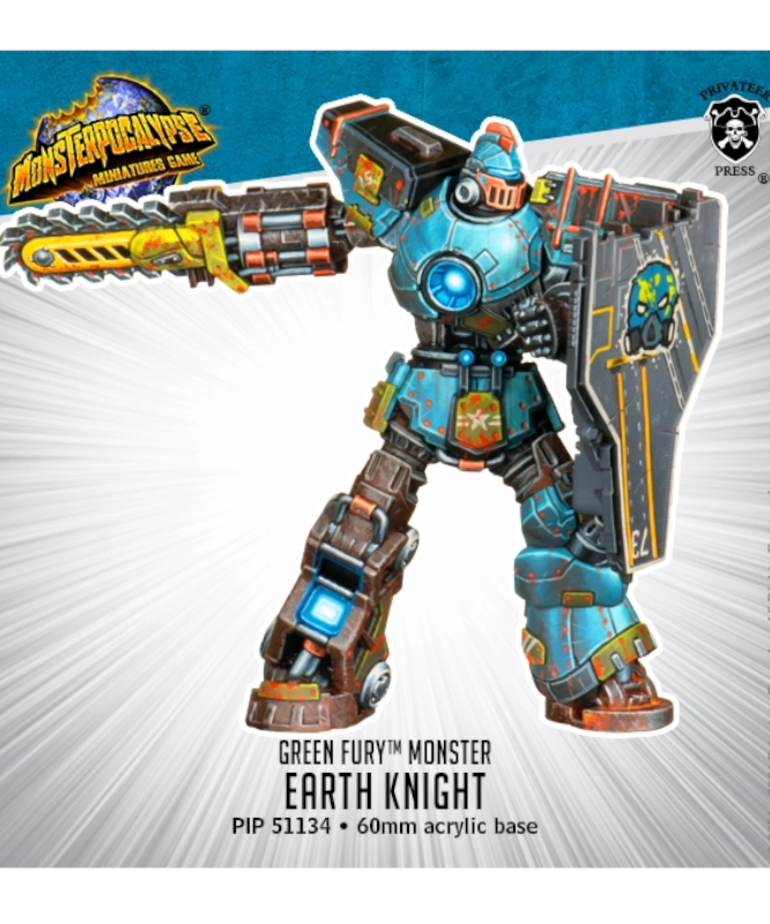 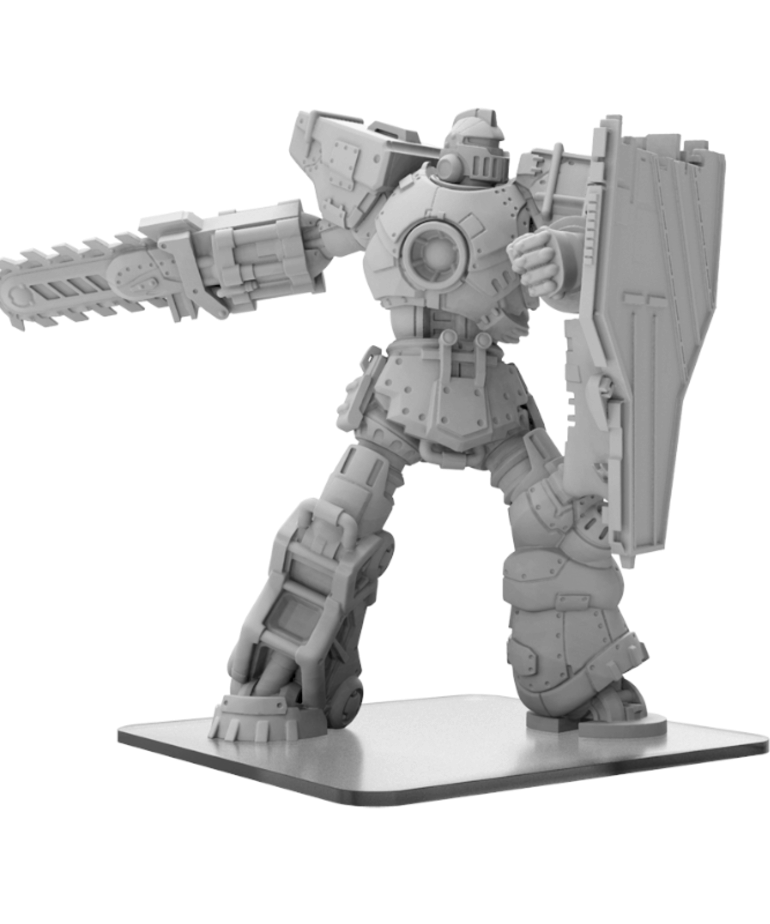 The smoking wreckage of the once-powerful G.U.A.R.D. mech, Laser Knight, sat for weeks after its defeat; the organization that commanded it could not risk forces to retrieve and repurpose what was left behind. When they could finally spare Defender X to assist, they returned to the battlefield only to find scattered bits and pieces of the wreckage. Laser Knight was gone.

The radicals of the Green Fury had seen the blight caused by the gigantic weapons made by their corrupt government. They decided it was time the true stewards of the earth do what they do best: scavenge and reuse. Appropriating wreckage from battlefields all over the world, they turned the signs of their oppression into a true freedom fighter: Earth Knight.

Earth Knight is a defensive monster that can join any Protectors force. With its massive shield, it can act as a Defender of buildings and units; should a building be destroyed, however, its enemies can expect only Righteous Fury from Earth Knight. It can and will Shred even the most powerful armor, leaving behind only wreckage to be cleaned up.