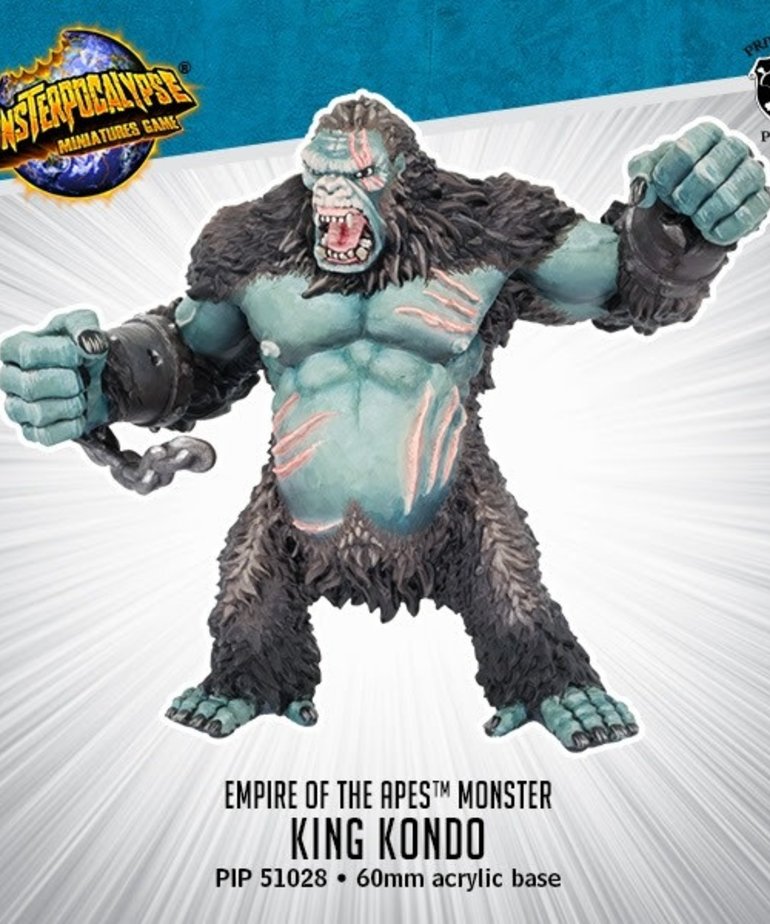 The arrival of the Destroyers has drawn the ire of many great beasts once hidden in the untracked jungles and wilderness places. One of the greatest of Earthâ€™s savage defenders is known as King Kondo, a primate of gargantuan proportions with a rage to match his height and girth. Kondo has the strength to punch through buildings or lift and throw entire trains. He has no reason to trust humanity, particularly after a disastrous attempt by a secret multi-national task force to take him captive and use him as a chained weapon, but most of his ire is reserved for unnatural horrors like the Planet Eaters.

Key Features:
_x000D_ King Kondo is an in your face monster that can be added to any Protectors force. He leads his fellow apes in combat, inspiring Empire of the Apes units in your force to hit harder when they make brawl attacks. His High Mobility allows him to move over models and hazards with ease and his Grappler ability prevents his enemies from being as mobile. When he goes hyper his massive punches do more damage and he gains power dice when enemies injure him.