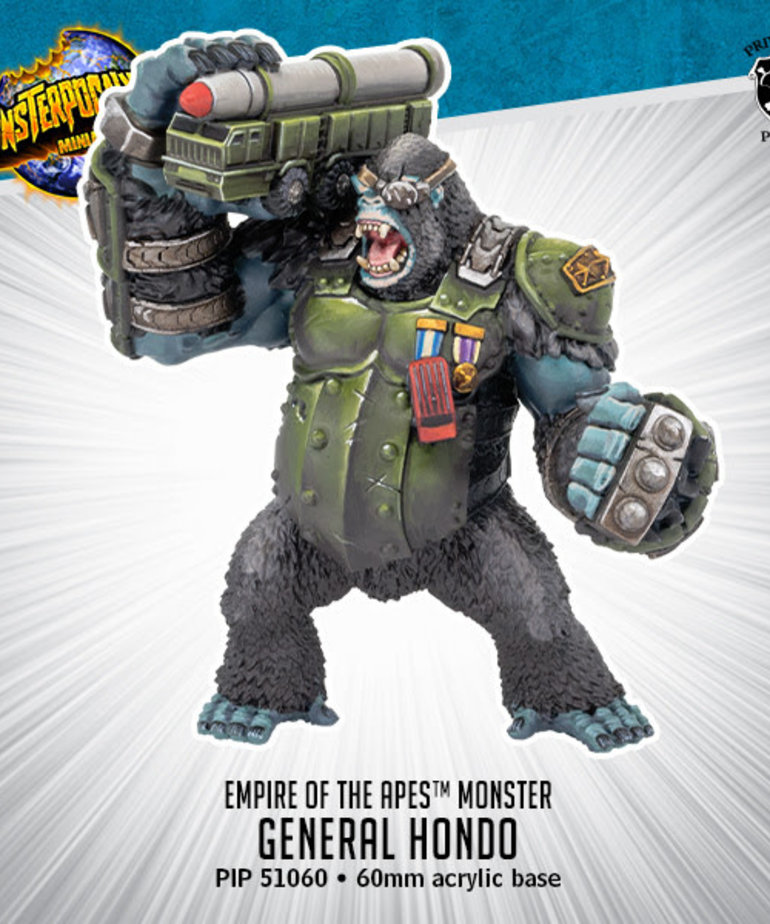 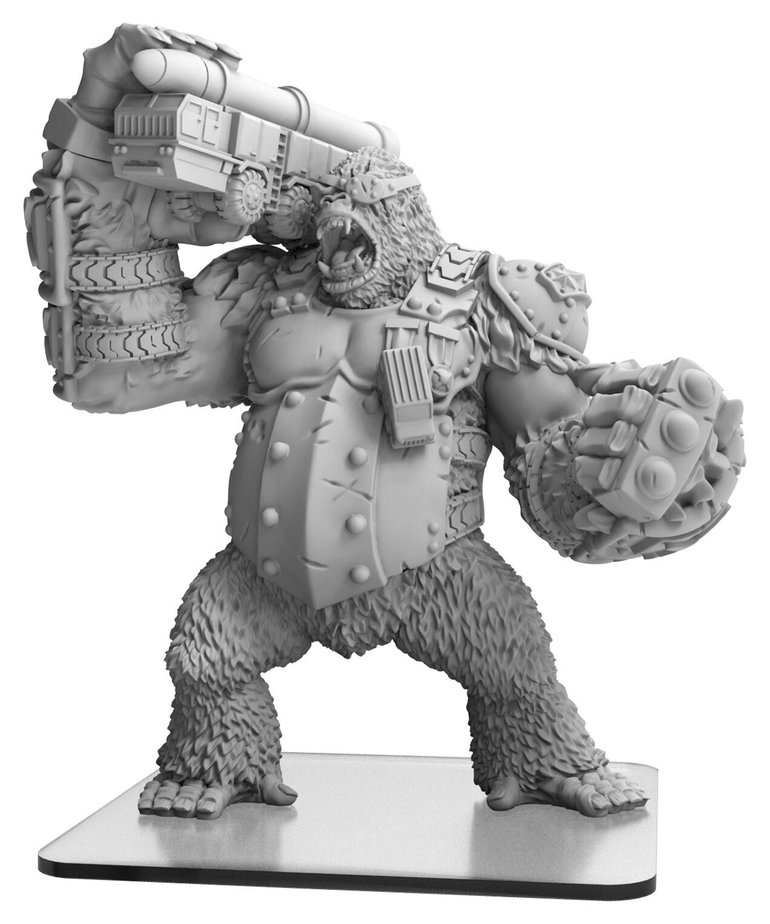 Though he is not their king, General Hondo is the Empire of the Apesâ€™ greatest military leader. Hondo is responsible for the widespread seizure and deployment of human military hardware by ape troops fighting Earthâ€™s potential destroyers. He is also fond of military uniforms and medals. Hondoâ€™s methods suggest a degree of tactical and strategic depth once thought exclusive to Homo sapiens. He enjoys bringing missile-launching platform with him and savors the resulting explosions, another trait shared with his human counterparts.

Key Features:
_x000D_ General Hondo is a long-ranged support monster that can be added to any Protectors force. He shelters his fellow apes, helping them to safely cross the city while his Explosive ranged attacks punish any enemy units that stand too close together. When he goes hyper, he rapidly reloads his missile launcher to put out even more damage, and he inspires his units to hit harder with their ranged weapons as well.