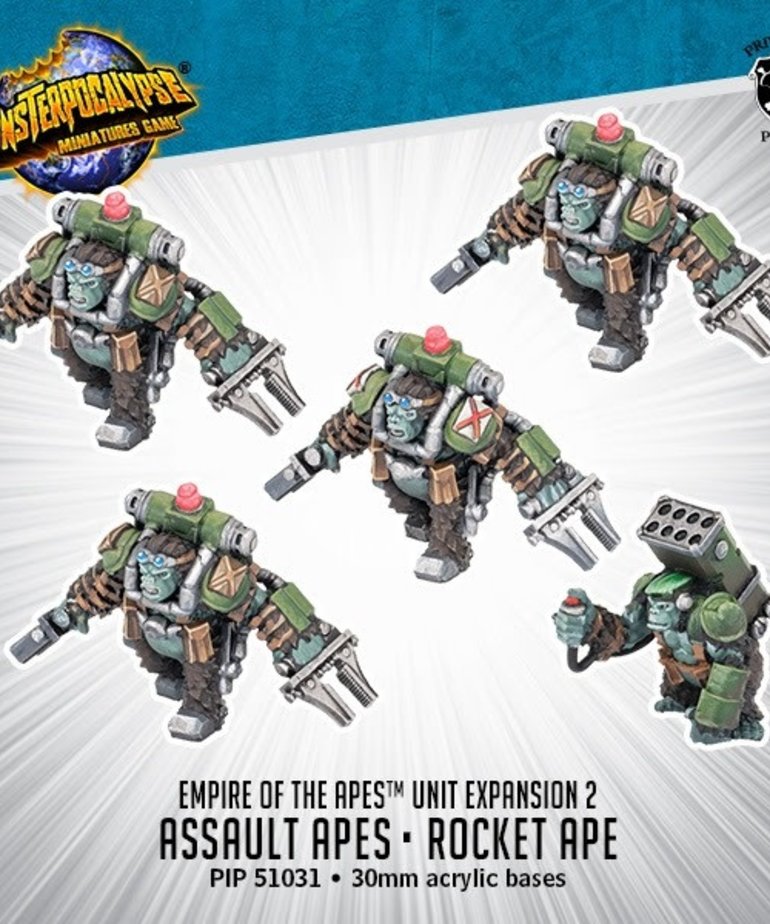 The great apes joining Kondo in his wars are extremely clever and adaptable, having stolen a variety of modern military hardware and showing surprising facility at employing them in battle. The assault ape wears a prototypal exoskeleton intended for lifting heavy cargo but which is just as useful for smashing chompers and destructomites. Rocket apes carry an explosive projectile launching array equipped with an easy-to-use firing trigger, allowing the unleashing of an ongoing salvo.

Key Features:
_x000D_ This blister pack contains Empire of the Apes units to expand your Protectors force. Assault Apes go toe-to-toe with enemies, using their powered exoskeletons to augment their considerable strength. This translates in the game as these units being the first to be able to take advantage of Power dice. The Rocket Ape prefers to keep its distance and spread attacks across multiple opponents thanks to the Multi-Fire ability.