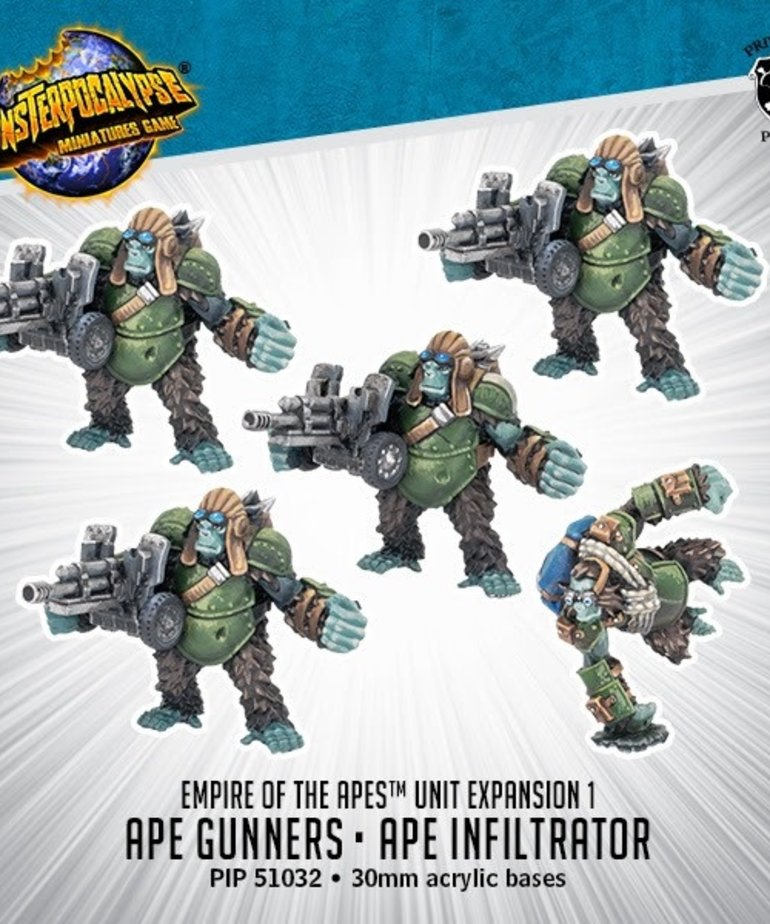 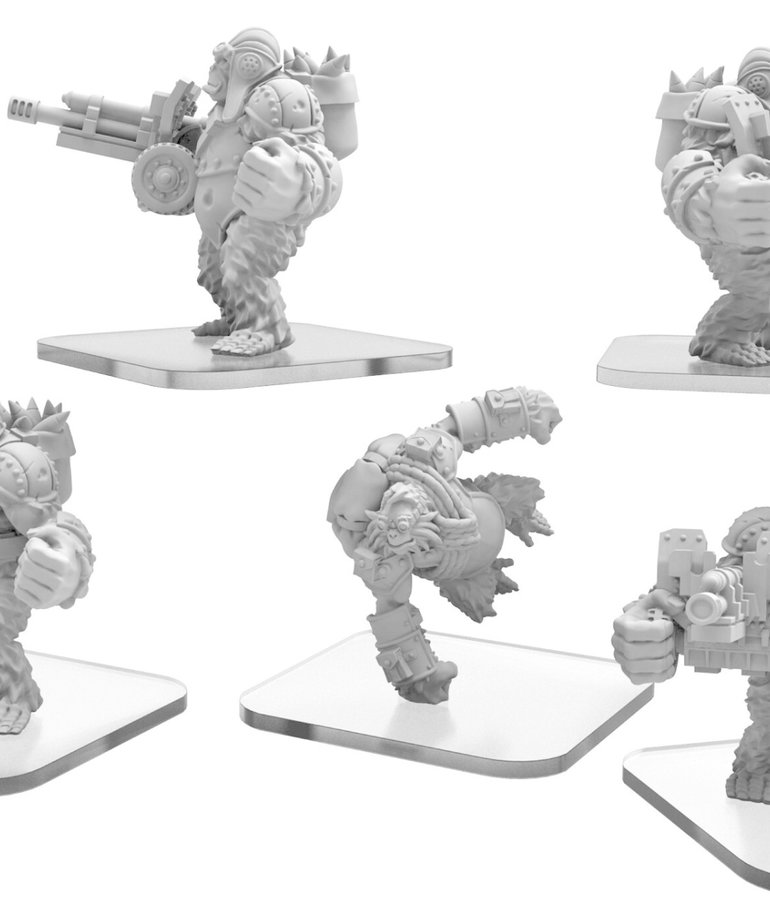 The great apes joining Kondo in his wars are extremely clever and adaptable, having stolen a variety of modern military hardware and showing surprising facility at employing them in battle. The ape gunners carry looted artillery pieces and employ them as a human might a carbineâ€”and with surprising accuracy. But the true proof that the apes are smart enough to eclipse humanity is evident in the ape infiltrators, who employ advanced electronic hardware to identify hidden enemies and assist their targeting and destruction.

Key Features:
_x000D_ This blister pack contains Empire of the Apes units to expand your Protectors force. Ape Gunners carry looted human artillery pieces that they are fully capable of firing at distant targets, but they are not afraid to close with an enemy for more traditional attacks. The Ape Infiltrator specializes in spying on opponents, shutting down enemy Cloaking nearby, along with pointing out the weaknesses of those enemies for friendly ranged attacks.