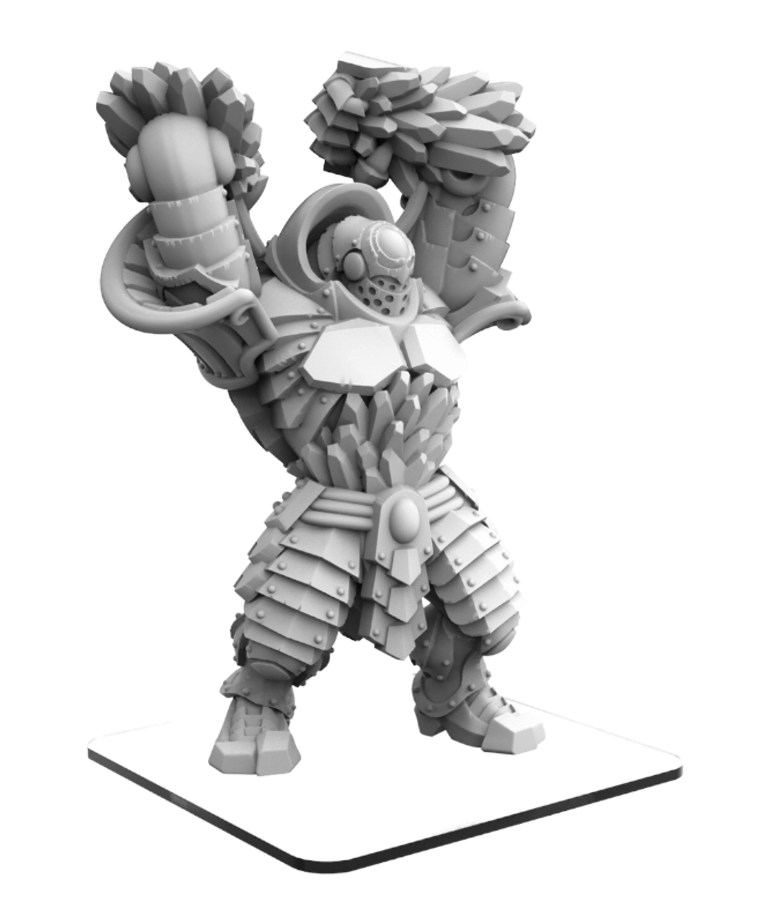 High in the Akaishi Mountains of Japan dwells the Tenshi Seigikan, an ancient order of monks dedicated to the preservation of all that is good in the human race. There, Tengu Tsubute was a child prodigy. Even as an infant, he could control the elements of earth around him, but the monastery nearly collapsed into a pile of rubble once when he became angry. Because of this, the monks taught him to master his emotions as best he could. But one fateful day, the Tenshi Seigikan were set upon by the Savage Swarm. Tengu's master Namazu was slain by the monstrous Mucustos, and in that moment, Tengu Tsubute learned his emotions could be a powerful weapon. After unleashing a devastating earthquake on the swarm, Tengu - now called Tectomoc - sought revenge in the eradication of the swarm anywhere he could find them.

Tectomoc is a monster with a focus on power attacks and unit clearing that can join any Protectors force. This monster unleashes the Wrath of an Earthquake every time he makes a Seismic Step. Earth Kami Spring up around him as a Spawning Locus. In hyper, Tectomoc can crush his enemies with a Quake step, and his power attacks can cause a massive amount of Collateral Damage.