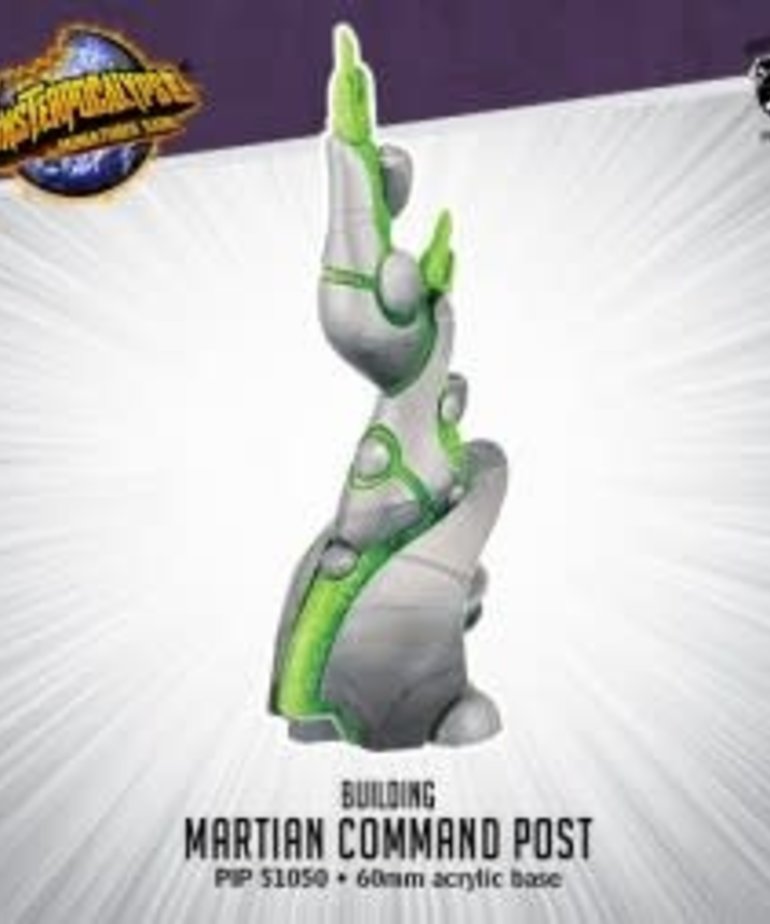 Proving they might have more interest in sticking around on Earth at least until every resource is consumed, the Martians have erected a number of peculiar command posts in urban regions. The interior activities of these are largely unknown, but it is suspected these buildings help coordinate invasion efforts utilizing quantum-based communications arrays.

TRADE POINTS: The Martian Command Post empowers the resources gathered by allies and helps deploy Martian Menace forces. A Destroyer player who secures this building can spawn Martian Menace units to the battlefield cheaper, and any player who secures this building gains the ability to stretch their Power Dice resources further.