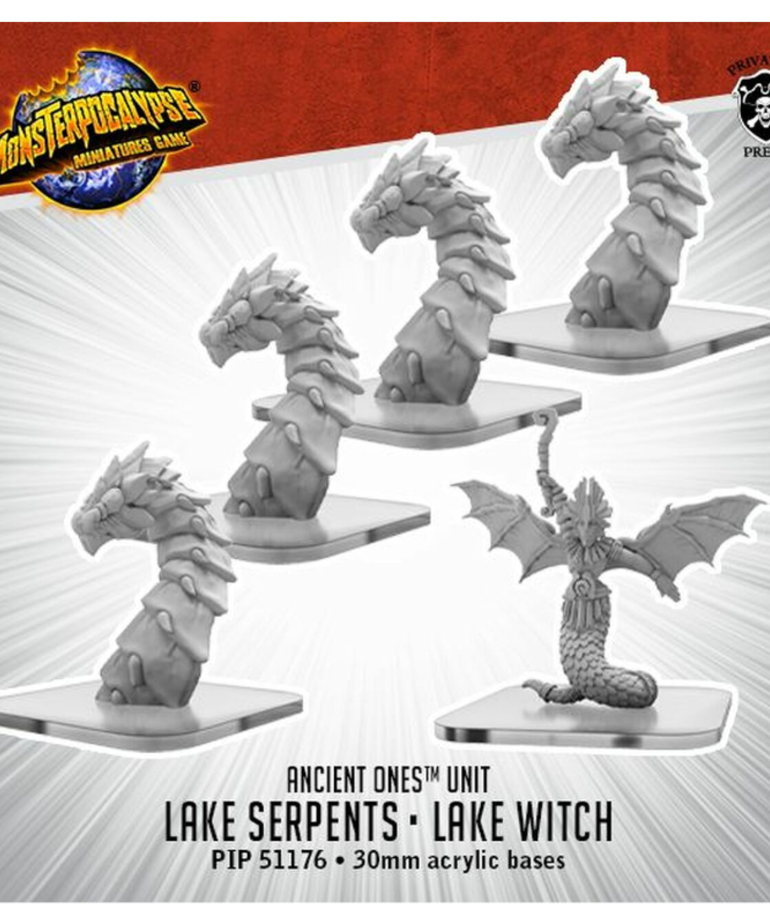 Within the Death Lands lies the Lake of Mictalan. This lake's shores are stained red from the countless lives sacrificed at its Ancient Altar. The Lake Witches that live within these sacral waters feed on the souls of those sacrificed. When the Ancient Ones go to war they bring these flying nightmares with them promising them more souls to feast upon. The Lake Serpents are Ancient Ones who have died with a Witches Black spot on them. Through her dark powers she resurrects her death cultists as Lake Serpents who feast on the bodies of those sacrificed on their altar.

Lake Serpents are Aggressive and highly territorial. They prefer to coil up in the shadow of a building and strike at their prey with vicious Hit and Run tactics. The Lake Witch uses her dark powers to give allies a short boost of power with her Black Spot but at the expense of their own life. Those that die in her service can be resurrected to be by her side through her Dark Ritual.