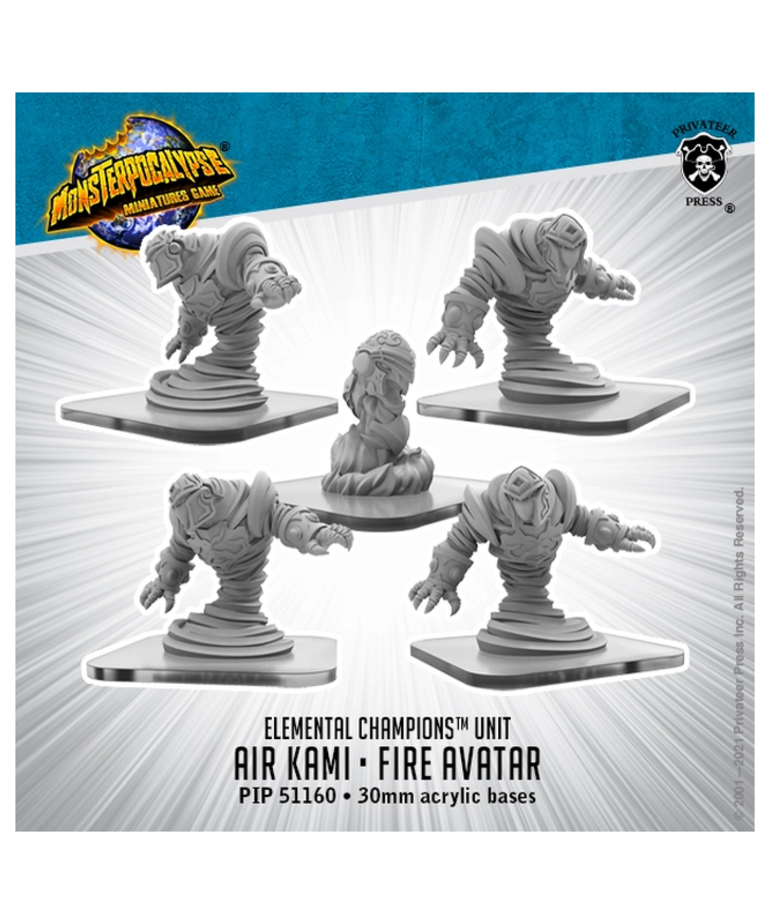 Although each Elemental Champion can only control one element at a time, the combination of two elementals controlled by two different Champions can create devastating effects. Air breathes life into fire which in turn fuels a wave of destructive power incinerating their enemies. The Air Kami works to accumulate power in order to release a torrent of wind in destructive attacks or to empower other attackers. Fire Avatars act as a channeling force, taking the culmination of the Air Kamis' work and refining and directing it into attacks that can puncture even the thickest armors.

This additions rounds out Incinerus' and Hurricanius' missing Fire and Air units, allowing them acces to their full arsenal. Air Kami, like their Avatar brethren, can move quickly through the air; unlike Air Avatars, however, their primary purpose is to create powerful Gathering Storms. They then release the torrent of wind to add Momentum to other attacks. Fire Avatars Feed the Flames of destruction, making them the perfect channeler of the torrent of energy Air Kamis create.