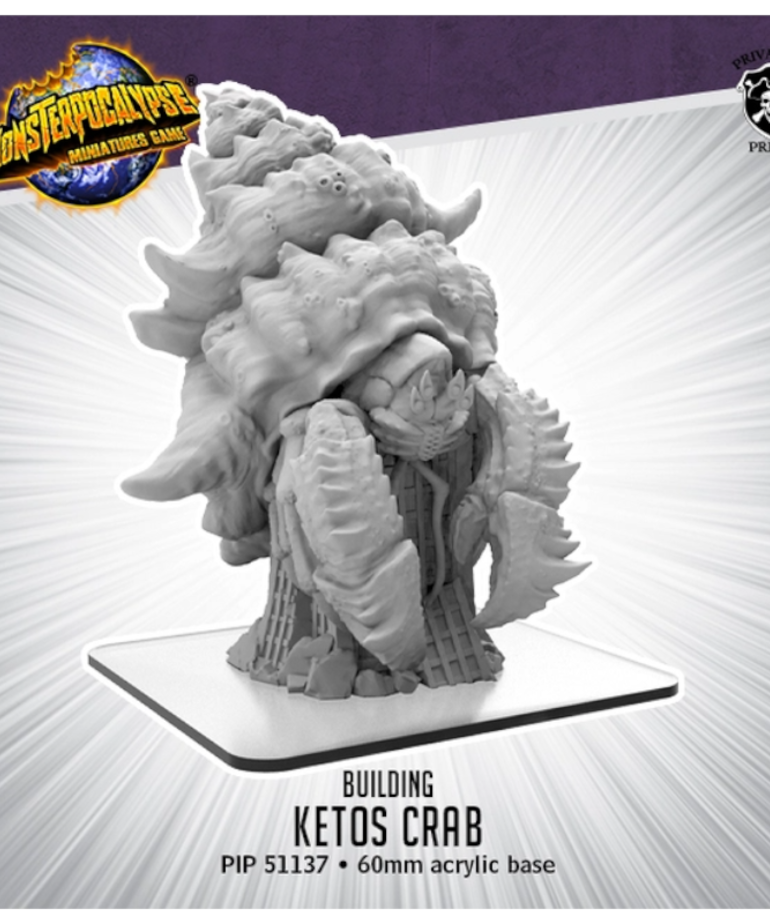 When the armies of the Tritons move, the ocean itself speeds along their advance—impossible ocean currents create impromptu highways to transport the massive monsters of the deep. From the strange unknown world of the Mariana Trench come creatures beyond imagining, from the terrifying to the utterly bizarre. One such is the Ketos Crab, which carries sea water within it that pours out of it to coalesce around its shell, lurching it forward before being re-absorbed and repeating the movement.

The Ketos Crab is a new building that can be added to any Monsterpocalpyse force. It acts as a Base for Triton units, thus making it particularly useful to players who play that Faction. With sufficient investment, this strange living building can Annex territory from your opponent, and friendly units can even hitch a ride along with the crab.