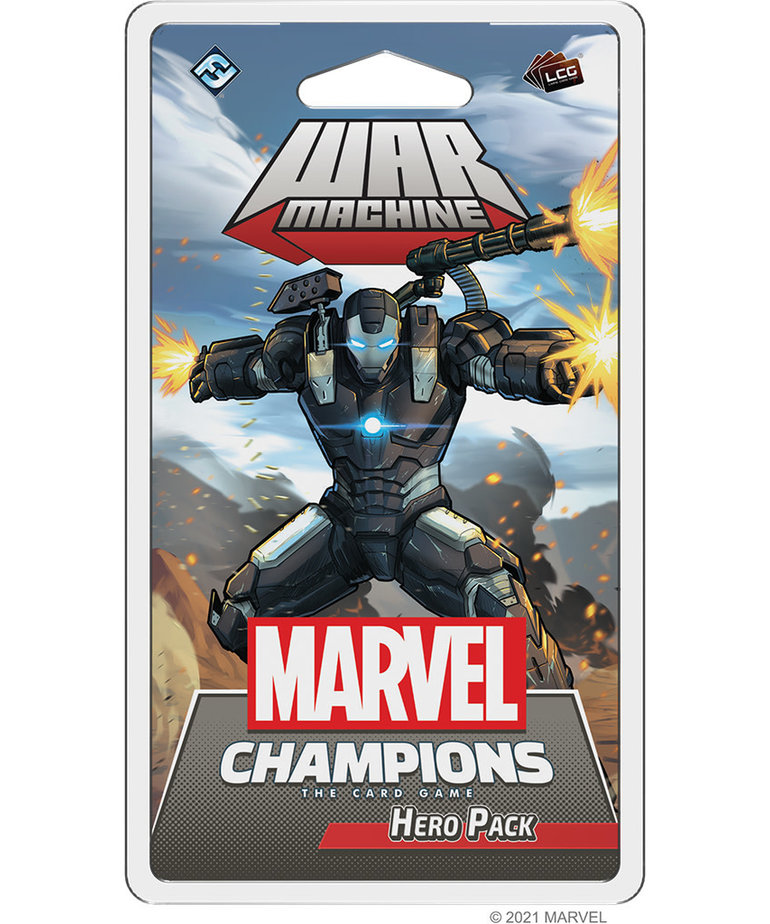 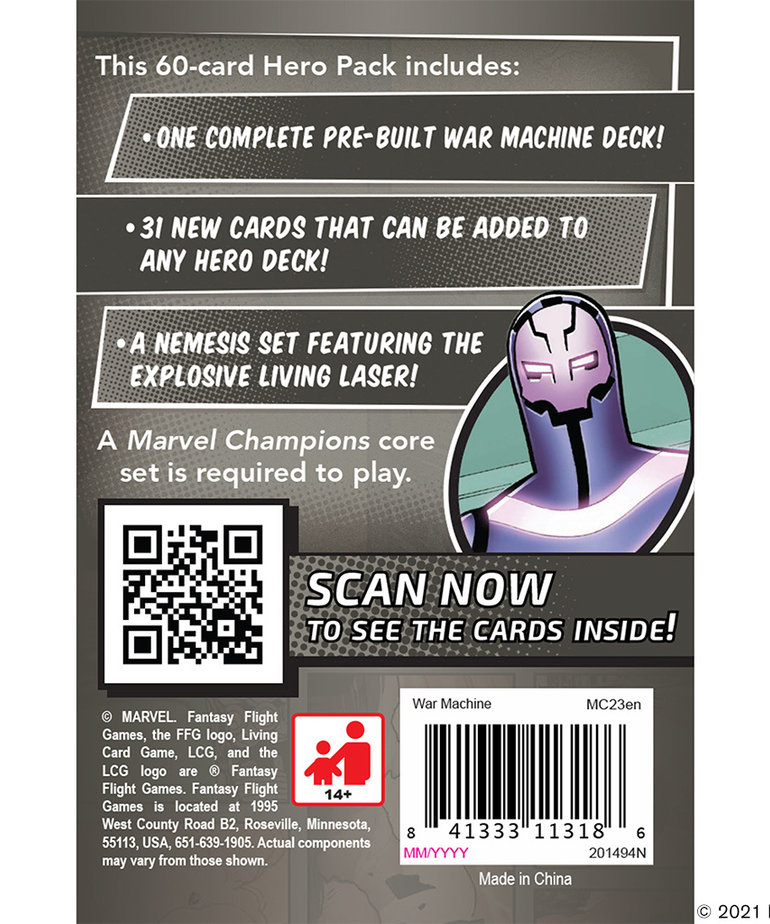 0 reviews
Add your review
- For players eager to destroy the Mad Titan, they can get started with the War Machine Hero Pack!
1 In Stock
Add to wishlist / Add to compare / Print

James Rhodes fought for his country as a United States Marine fighter pilot before his friend, Tony Stark, gave him an advanced armored suit. Now he fights for all of Earth as the heavily-armed Avenger, War Machine—and he’s blasting into players’ games of Marvel Champions: The Card Game. By unleashing vast amounts of ammo, War Machine can cut a swath through even the toughest villains. Within this Hero Pack, players will find War Machine, his fifteen signature cards, and a full assortment of Leadership cards inviting players to gather their team to take down the villain.

For players eager to destroy the Mad Titan, they can get started with the War Machine Hero Pack! This expansion comes with a 40-card pre-built deck, giving players the chance to start playing right out of the box.