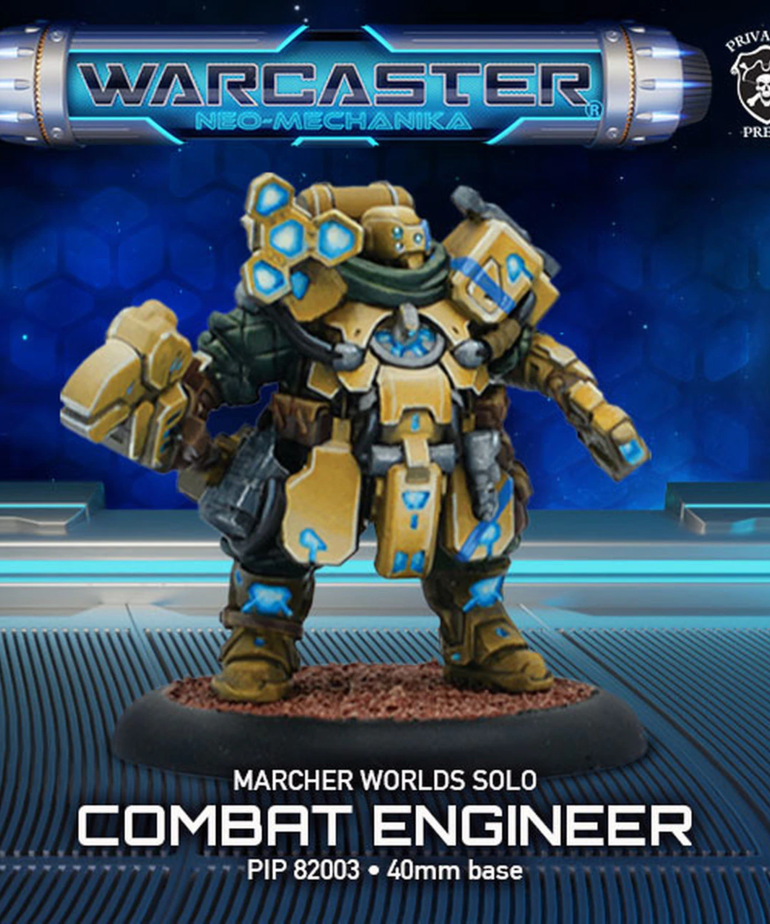 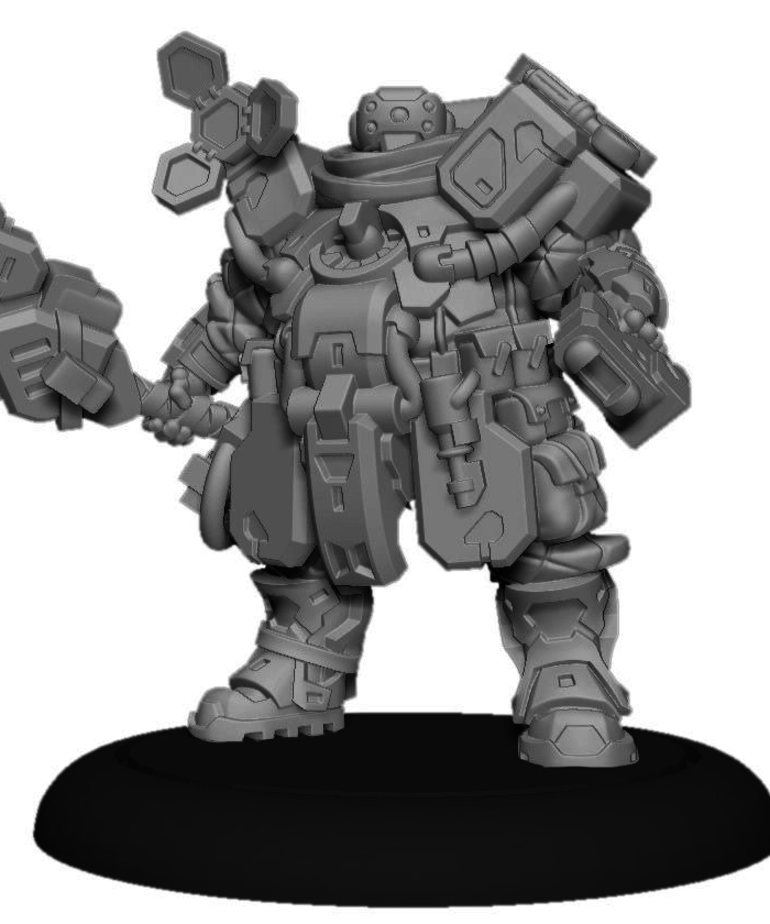 The Marcher Worlds™ combat engineers are a strange breed. Charged with maintaining and repairing the Coalition's warjacks, these cantankerous combat mechaniks take to the battlefield with heavy armor laden with spare parts, gear, and powerful fusion torches that can serve as powerful short-range weapons.