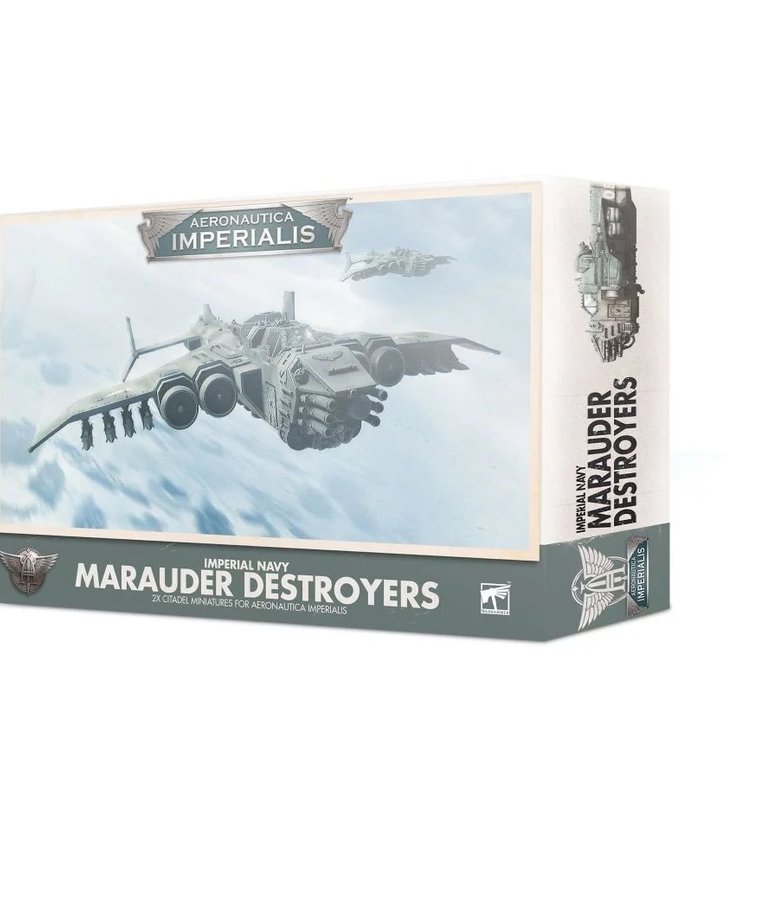 Sacrificing a portion of its bomb payload in favour of nose-mounted autocannon and an increased complement of Hellstrike Missiles, the Marauder Destroyer specialises in low-level assaults on ground targets.

Unleash the fury of the Imperial Navy’s Marauder Destroyers with this set, which includes two of their number armed with a fearsome array of turrets for aerial defence.

Contents:
- 2 multipart plastic Imperial Navy Destroyer miniatures
- 2 Aeronautica Imperialis bases (Each base designates the model’s front, rear and side arcs as well as speed and altitude dials. Each base also includes a clear stand to connect the aircraft to the base.)
- 1 Marauder Destroyer transfer sheet

You will need a copy of the Rynn's World Air War Campaign Book to use these miniatures.