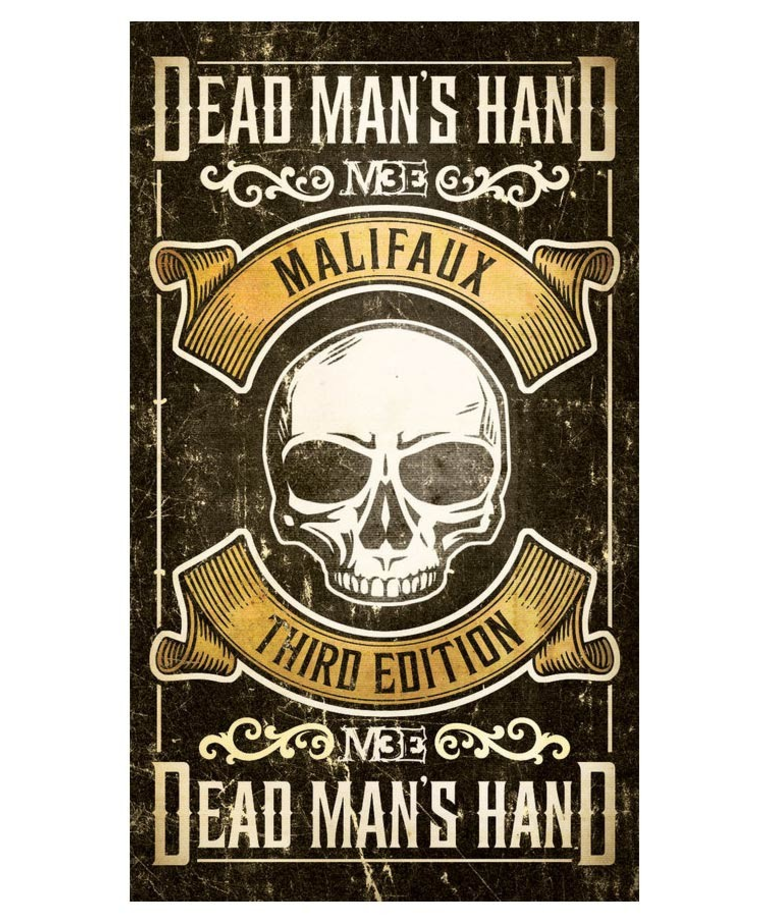 Some characters in Malifaux have suffered setbacks that have removed them from the story (such as imprisonment or death). In Malifaux Third Edition, Dead Manâ€™s Hand models may still be played in casual formats, but it will be up to the tournament organizerâ€™s discretion whether or not to allow them in competitive games.

Included in this Pack are all Dead Manâ€™s Hand Stat Cards* and their associated Upgrades.

*Does not include limited or alternate model cards.