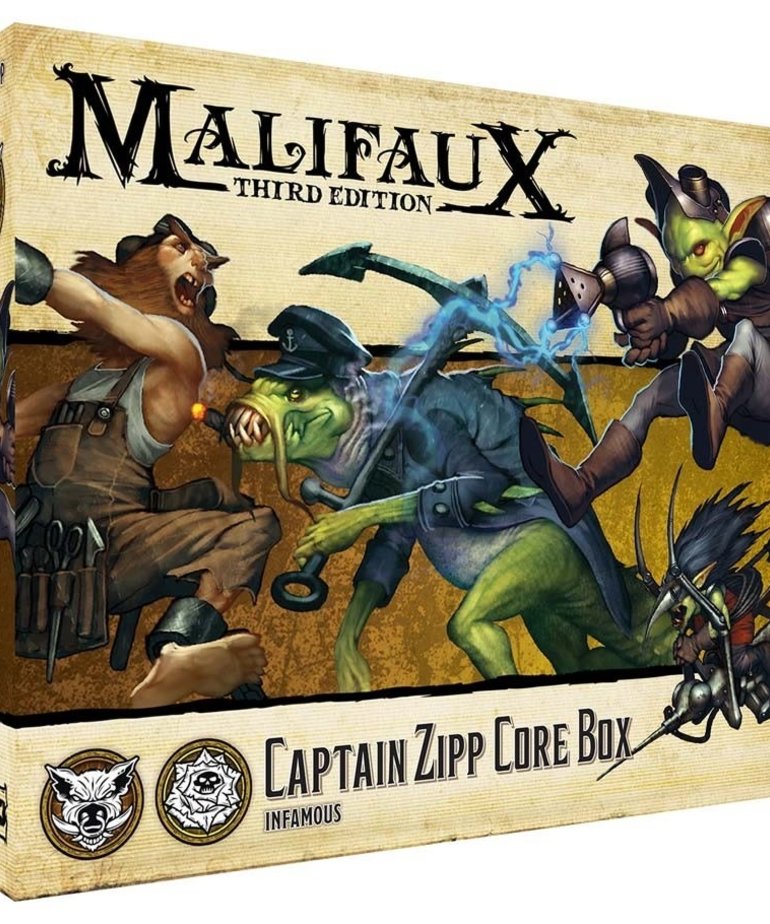 The dreaded pirate of the skyship Infamy has broadened his horizons and formed an unlikely partnership with a number of less-than-reputable Outcasts. As one of the newest dual-faction Masters, Zipp boasts insane speed and some impressive debuffing capabilities. Ever eager to impress their captain and live up to his growing reputation, his Infamous Crew possess the Showboating Ability, which allows them to draw a card if they Cheated Fate during their Activation.