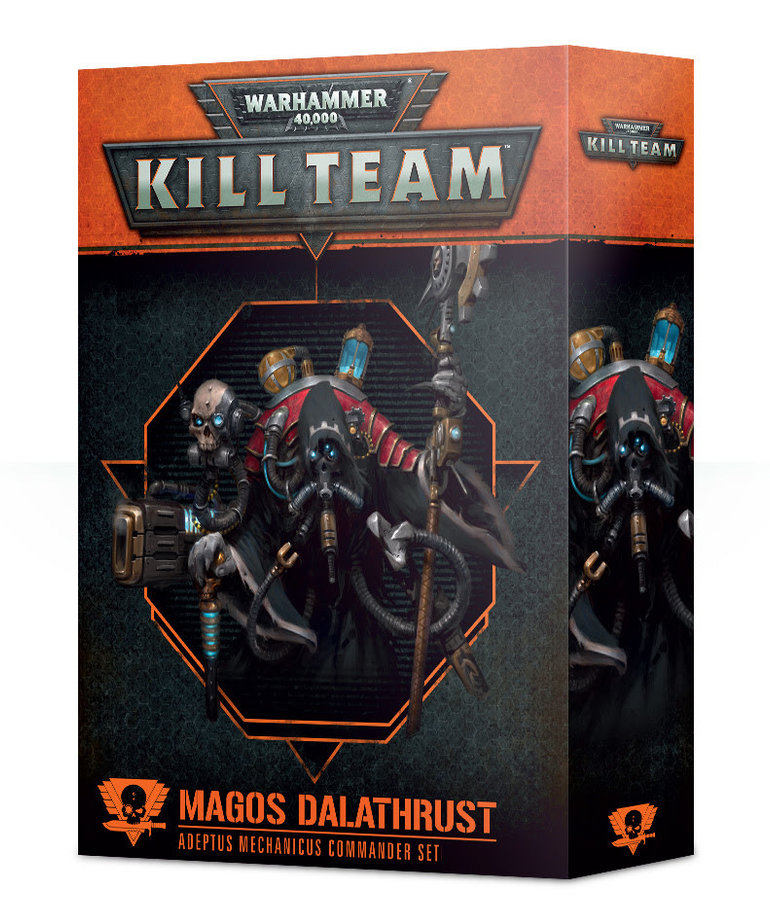 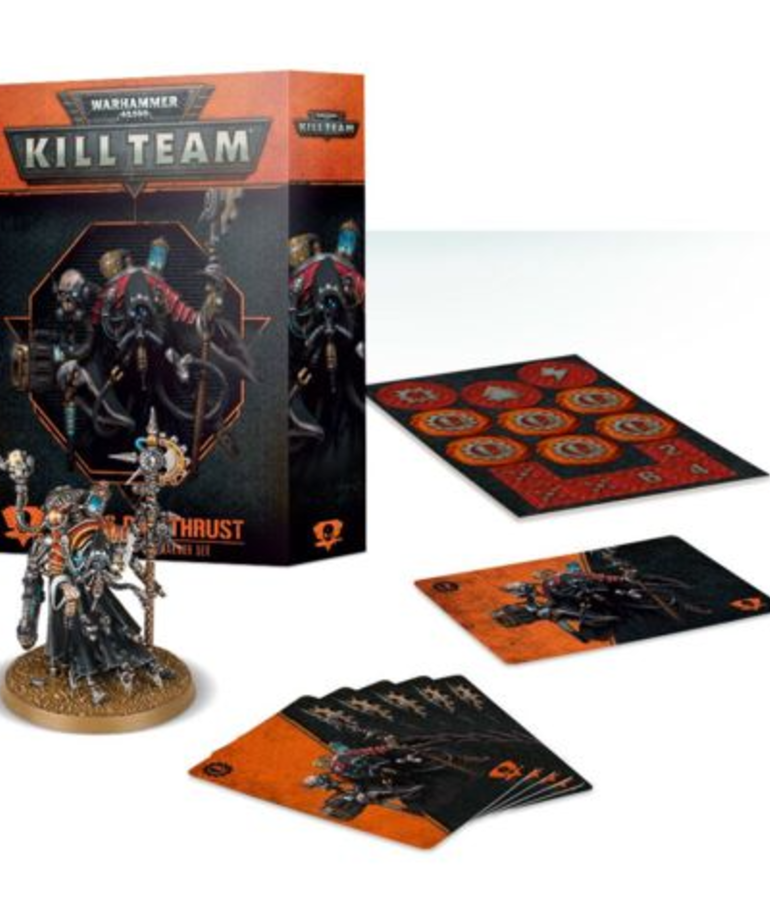 Always watching, always studying, Magus Dalathrust is an unblinking spider in the tangled webs of Megaborealis. It is his desire to unlock the secrets of the alien technology that lies beneath Vigilus’ skin. He has determined that the Skitarii kill team known as Gamma-Zhul 881 are the most likely of their kind to survive fierce resistance, and he has commandeered them as a bodyguard as he peels back the layers of mystery that shroud the planet – killing anyone that stands in his way.

Add a Commander – a powerful hero character with unique abilities and rules – to your Adeptus Mechanicus kill team with this set. It contains a multipart plastic Tech-Priest Dominus miniature, a set of cards packed with exclusive rules and a sheet of tokens for use in-game.

Contents:
- A Tech-Priest Dominus: this multipart plastic kit is used to represent Magos Dalathrust – or the Commander of any Adeptus Mechanicus Kill Team you wish – a Tech-Priest augmented to the point of being almost entirely cybernetic, scuttling on several insectile legs which poke out from beneath a tattered robe; this only adds to the sinister air provided by his choices of armament with a volkite blaster, a macrostubber, an eradication ray, a phosphor serpenta and a power axe – his badge of office – and detailed with a microphone and loudspeaker
- A datacard for Magos Dalathrust, featuring his characteristics, weapons, abilities and specialisms, along with a card featuring his background
- A card featuring Magos Dalathrust’s skill tree – Tech-Priest Dominus specialisms which can only be used by that character
- 4 Adeptus Mechanicus Commander Tactics cards, including 2 Tactics exclusive to this set
- A sheet of tokens for use in games of Kill Team – this includes 1 Move/Charge token, 1 Fall Back/Advance token, 1 Ready/Shoot token, 6 Tactic/psychic power tokens, 3 wound tokens, and 3 objective tokens. 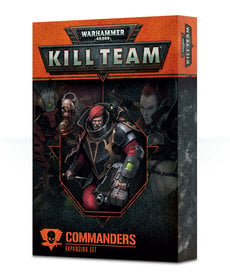