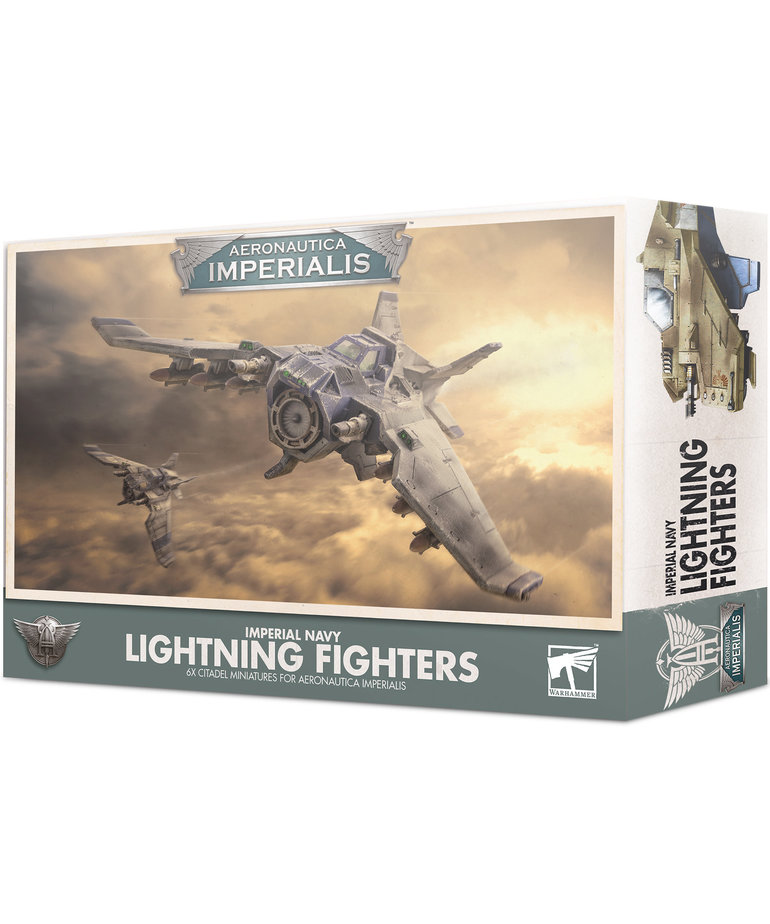 When rapid interceptors are scrambled to support bomber squadrons or counter air raids, the fast and agile Lightning and Lightning Strike Fighters are first to the fight. Armed with powerful lascannons or multi-lasers, they excel at sending enemy aircraft spiraling to their dooms far below the area of engagement.

This kit allows you to build both Lightning Strike Fighters, packing twin multi-lasers, and Lightning Fighters, armed with deadly twin lascannons. Lightning Strike Fighters are best suited for dealing with swarms of light aircraft, while Lighting Fighters are ideal for tailing ponderous bombers and heavy fighters. Both of them operate best in squadrons, and this box gives you six! The kit also includes a selection of hellstrike missiles and skystrike missiles with which to upgrade your miniatures.

Contents:
- 6 plastic Imperial Navy Lightning Strike Fighter miniatures (2 of which can be built as Lightning Fighters)
- 6 Aeronautica Imperialis bases (each of which designates the model’s front, rear and side arcs, speed and altitude dials, as well as a clear stand to connect the aircraft to the base)
- 1 Lightning Squadron transfer sheet 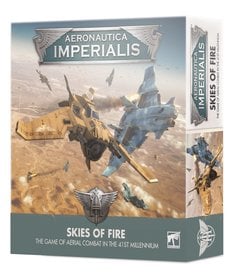 Add to cart
Add to wishlist
Add to compare
Quick view
-15%
Skies of Fire
- A complete game in a box, including a 36-page rulebook for Aeronautica Imperialis
- 10 multipart plastic Citadel miniatures from the Imperial Navy, Astra Militarum, and T’au Air Caste
- Fight over a double-sided Area of Engagement mat
$76.50
$90.00 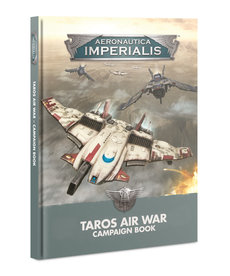 Add to cart
Add to wishlist
Add to compare
Quick view
-15%
Taros Air War
- A 96-page hardback book with ribbon page marker
- Pit the technologically-advanced T'au Empire against the vengeful Imperium of Man in the skies above Taros with five narrative scenarios
- Includes the full game rules for Aeronautica Imperialis
$29.75
$35.00
Please accept cookies to help us improve this website Is this OK? Yes No More on cookies »