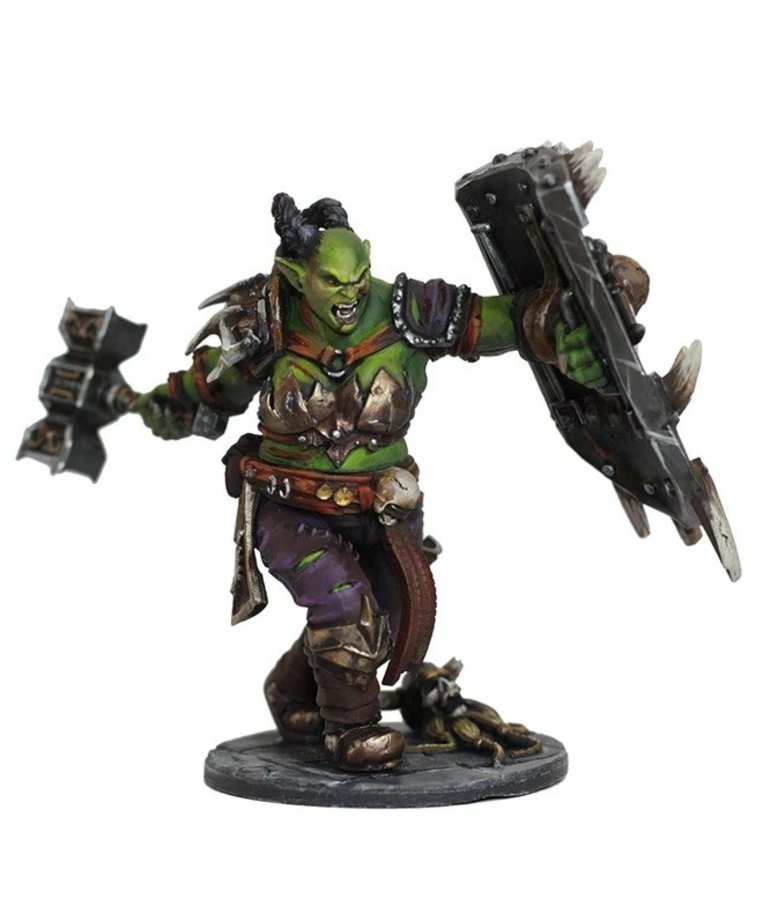 Xyvera prophesied the coming of Sharn as one that would save her people and the old crone aided her birth into the world. Sharn grew to a freakish size, towering over her kin and trained, from birth, to be one of the most potent orc warriors on Athien. In the game, Sharn is an absolute tank ignoring RES reduction and providing hardcover for her allies. She also possesses a decent damage threat with her Hammer Smash ability.

Learn more about Sharn via Heroic Tales:
- The Guardian