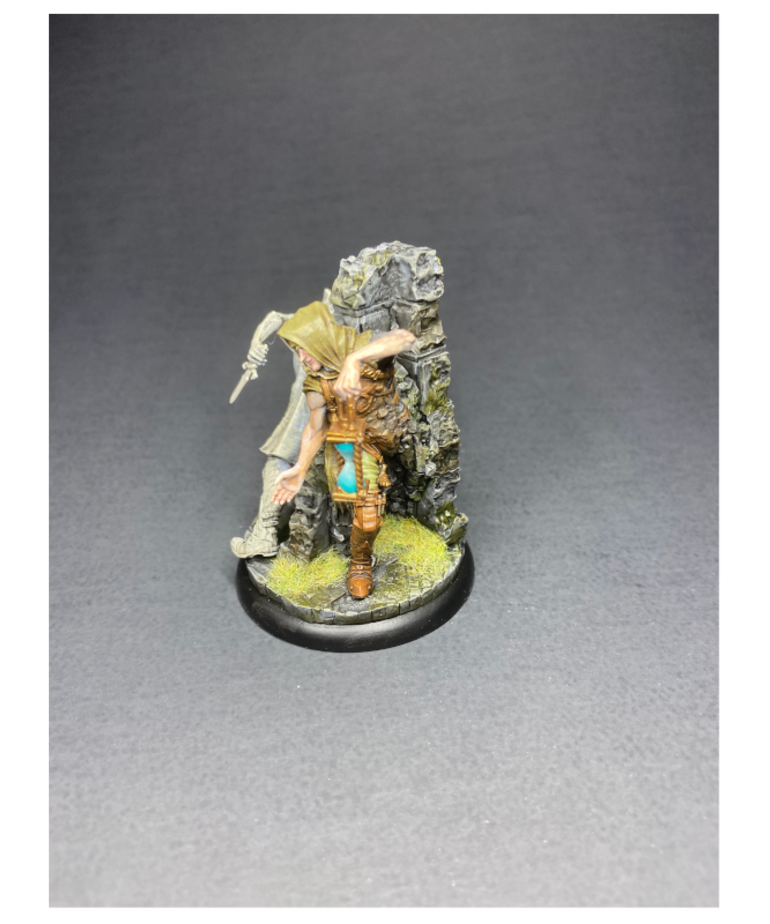 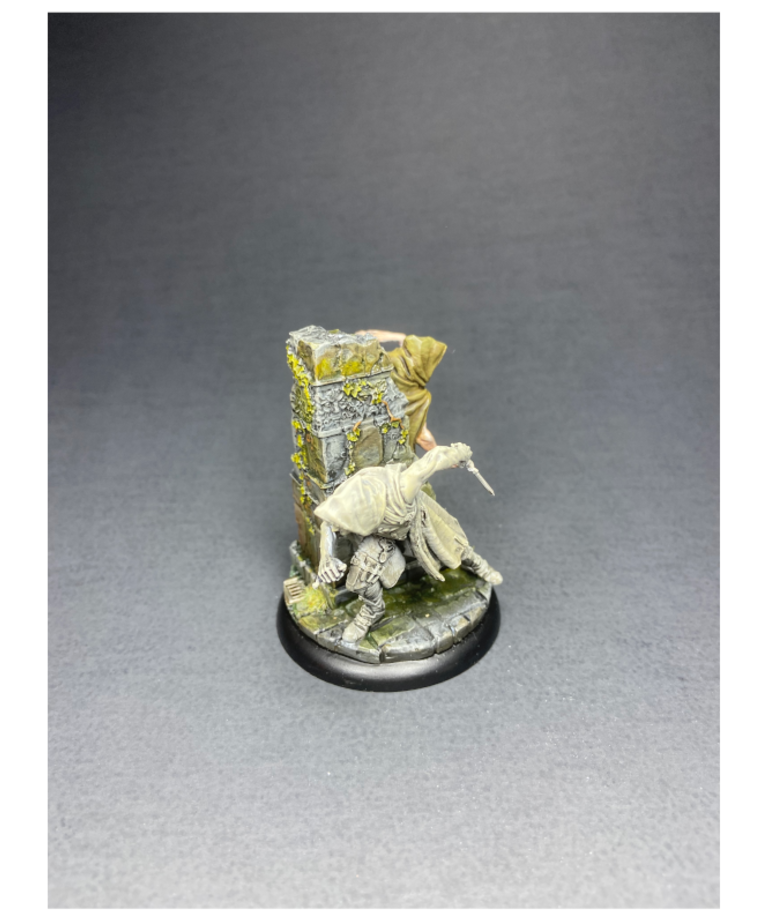 Piper is a pixie like elf that loves practical jokes...with a hard edge. Piper exhibits a playful personality in public that conceals the thirst for power that has led him down some very dark paths.

The elven race is drawn to religion and they are deeply susceptible to the rise of cult leaders within their tribes, often these cults spread to consume multiple tribes before eventually collapsing under the weight of their own corruption.

One such cult arose in Piper's tribe, when he was young. This cult revolved around the ritual consumption of blood, at first from their enemies and then later from their own sacrifices. Piper rose high within the cult and it's collapse nearly destroyed his sense of self, leaving him with a bitter streak running through his previously happy persona. The rise and fall of the cult shattered his tribe completely, almost all of those who survived were young and their oral history was erased. Piper drifted through life for dozens of cycles before he found a niche in the large city of Palatheum as an actor and occasional bodyguard for hire.

Piper is treated with suspicion by those who know him, for his humor is black and often deadly. His appearance is deceptive, he is not a large elf, nor is he heavily muscled, however when forced into combat he can be quite a handful, particularly against a distracted foe. His upbringing and position in the cult gave Piper a rare capability with illusion and in combination with his incisive intelligence he can bewilder even the most alert of foes.

In game Piper is an interesting option, since he is one of the stronger supports in melee, through the Backstab ability. If you decide to go this route, augmenting his melee ability with the Vorpal Blade (magical artefact) is a good option. His other abilities and natural stat-line make him incredibly mobile and a difficult character to play around for your opponent.