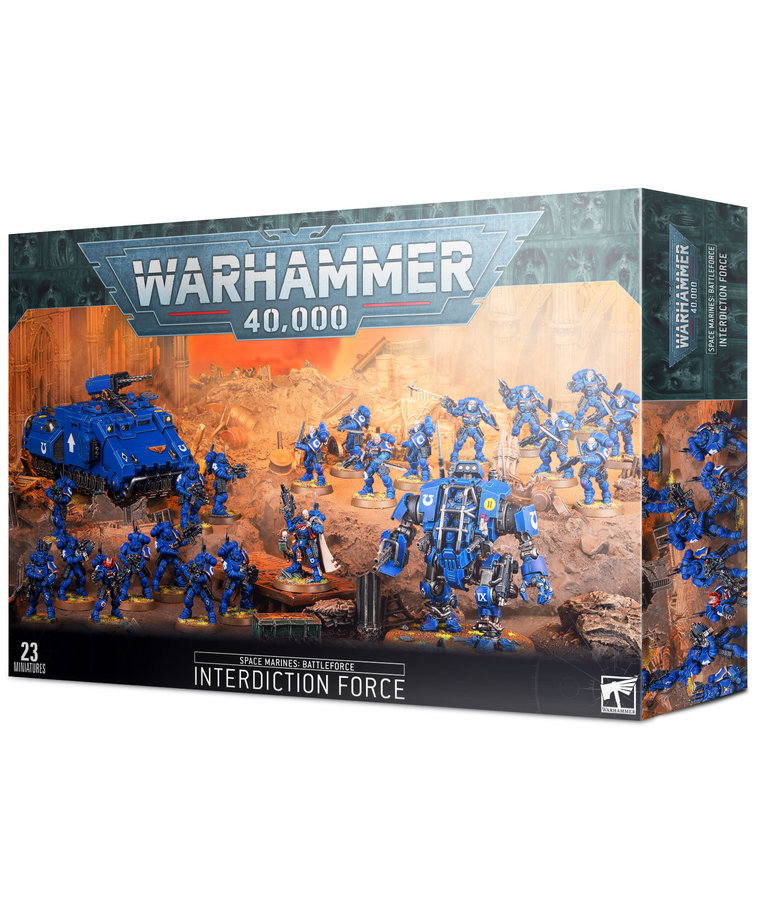 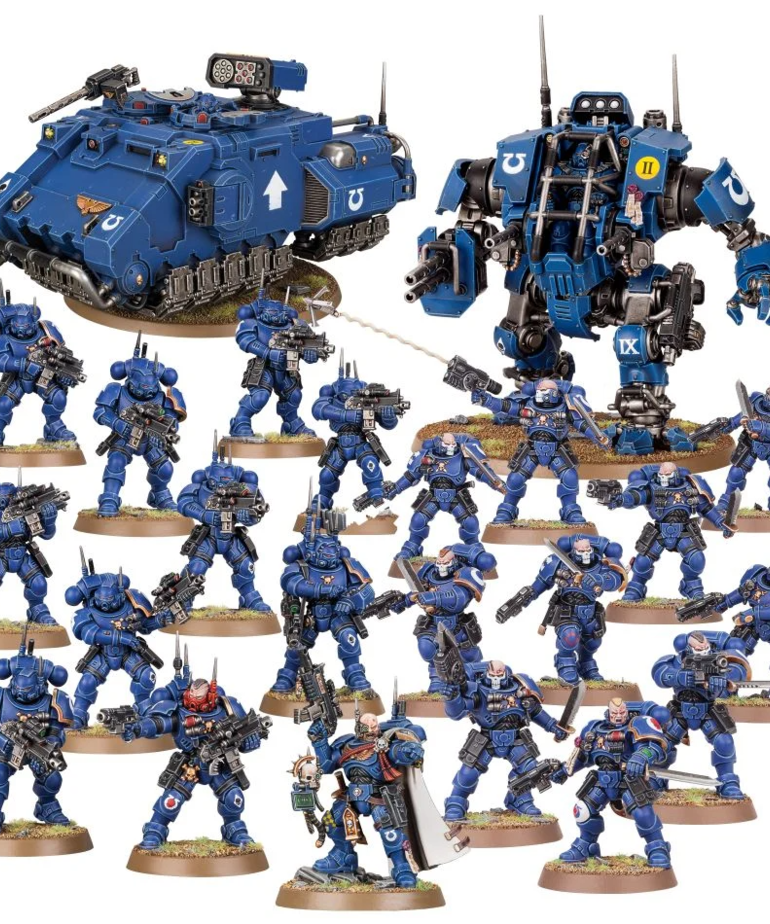 An Interdiction Force often fights at the forefront of a major Space Marine assault. Comprising multiple Vanguard units and supporting armour, they emerge from concealed positions to engage the enemy at close range while their battle-brothers follow up behind them to move into position.

If you seek to use more covert methods to defeat your opponent, or wish to add a solid core of Vanguard units to your collection, look no further than the Space Marines Interdiction force! It features multiple units that are ideal for inclusion in any Space Marines force, whether you're starting a a new army or adding to an existing one, all for less than you’d pay getting the models separately.