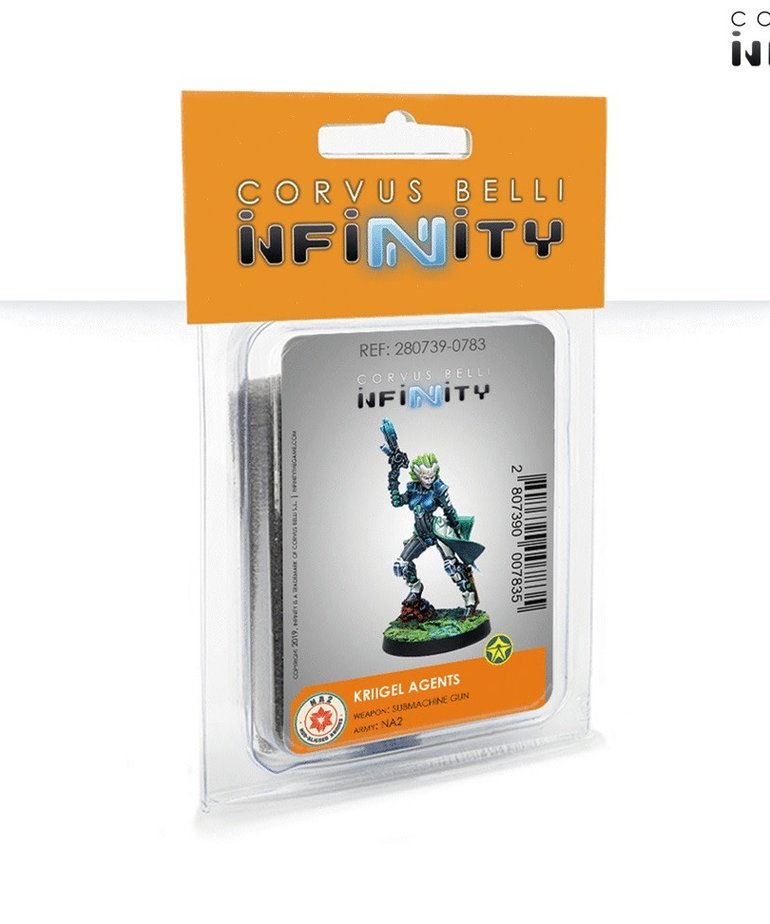 The job of the Kriigel Agents is to serve as an itinerant support unit to the few regional police forces located in the border areas of the Colonies. This means long journeys through uninhabited territories chasing criminals, traffickers, highway robbers, and symbio-slaversâ€”the worst scum of society that inhabit those lawless lands that barely belong to the Colonies. Itâ€™s hard work, demanding and lonely.

Her mastery of the Corathar skill grants her access to the Eraser and Mirrorball Pheroware Tactics, to isolate the enemy or to blind troops equipped with Multispectral Visors. And if this tactical skill is not enough, she can also create a Special Fireteam: Triad with the Reex Troops of the Spiral Corps Army Pack.