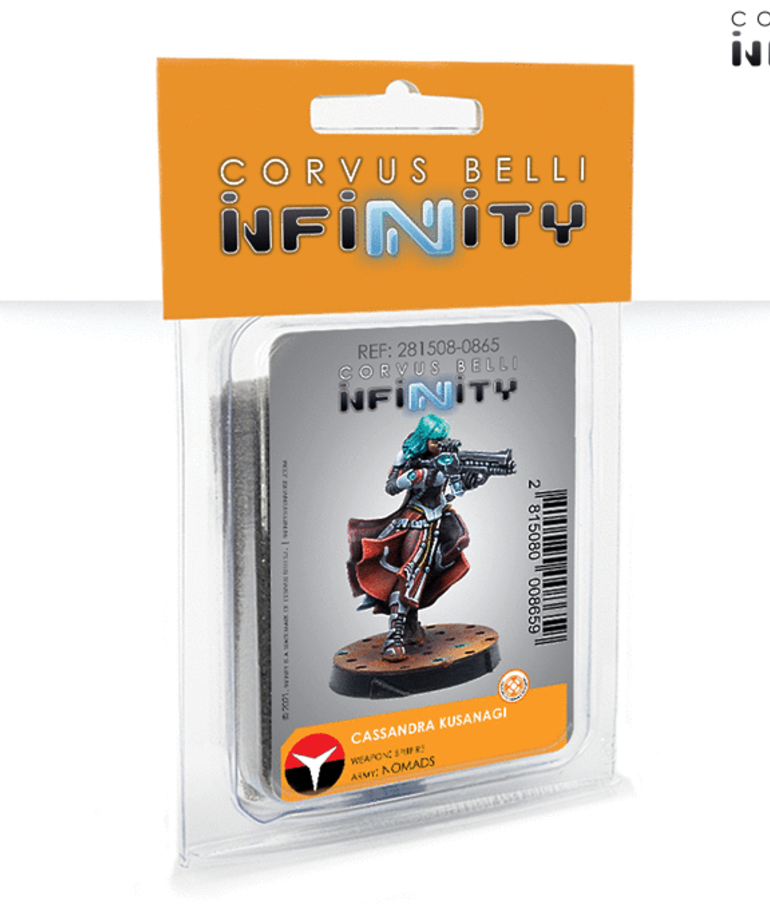 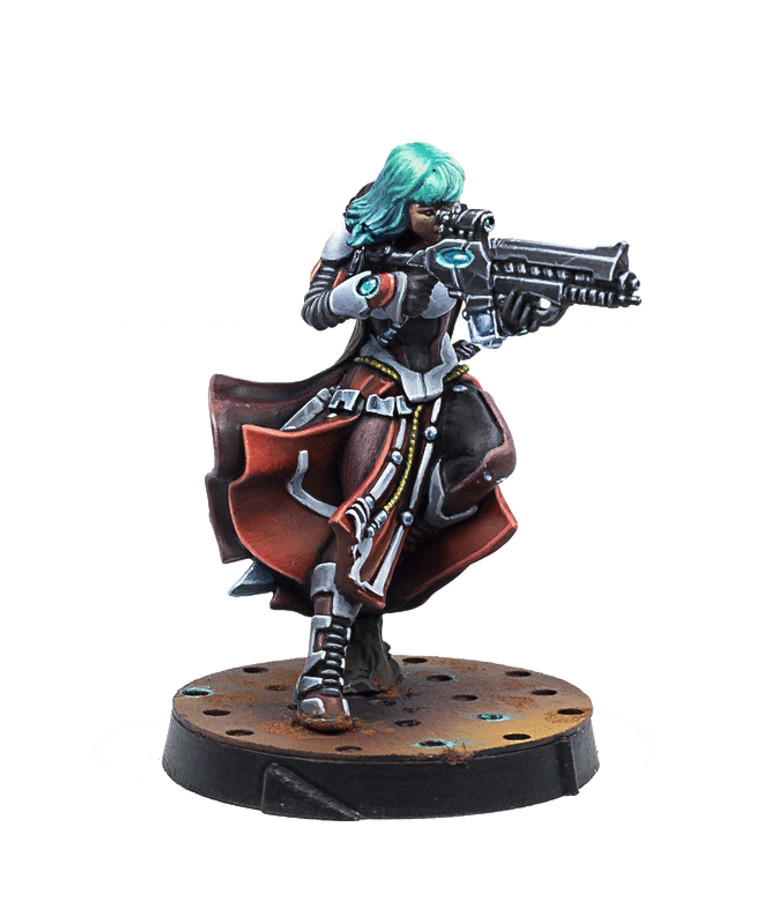 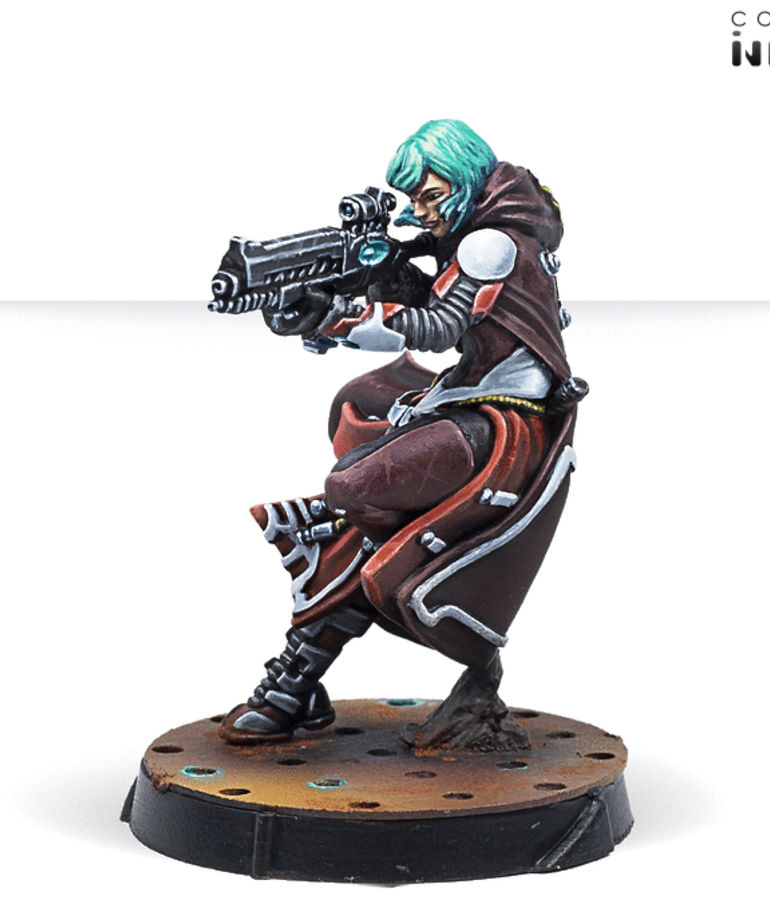 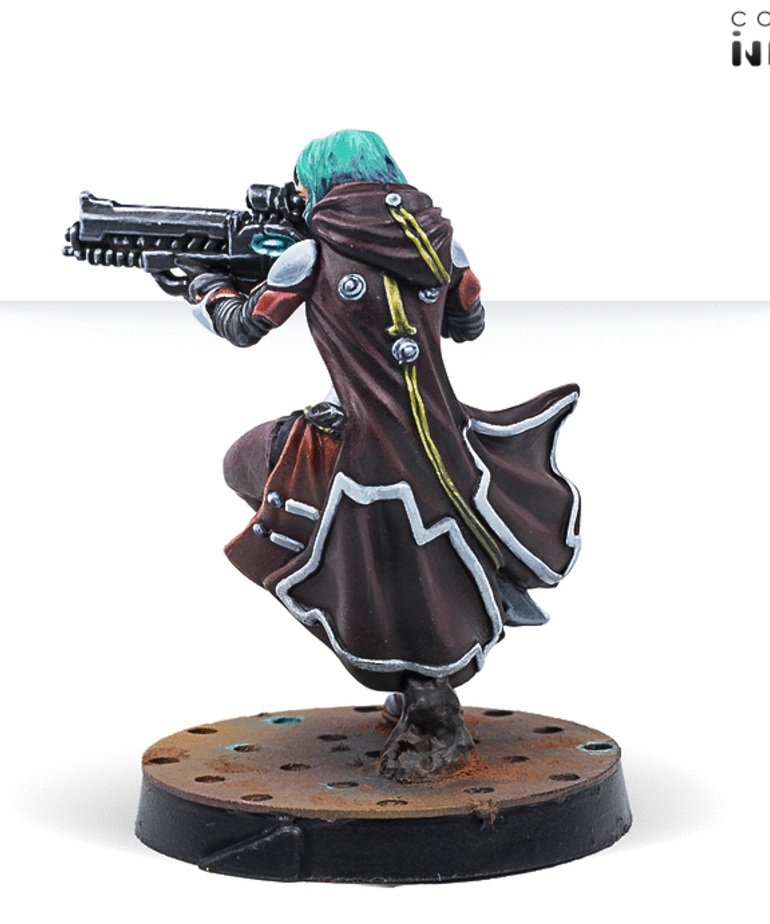 Among the Observance of Saint Mary of the Knife, Cassandra Kusanagi has the status of a veritable celebrity. A dangerous badass with the confirmed kills to prove it, she was heralded as the hero of Bakunin after the Violent Intermission. Kusanagi was able to detect the infiltration of ALEPH’s commandos early and reacted accordingly by coordinating the Observance’s forces from the ground. Her efforts made it possible to frustrate the offensive.

This blister includes a Cassandra Kusanagi miniature. Armed with a Spitfire and thanks to her Mimetism (-6) she will be a formidable opponent and the best way to complete your Fireteam of Reverend Moiras