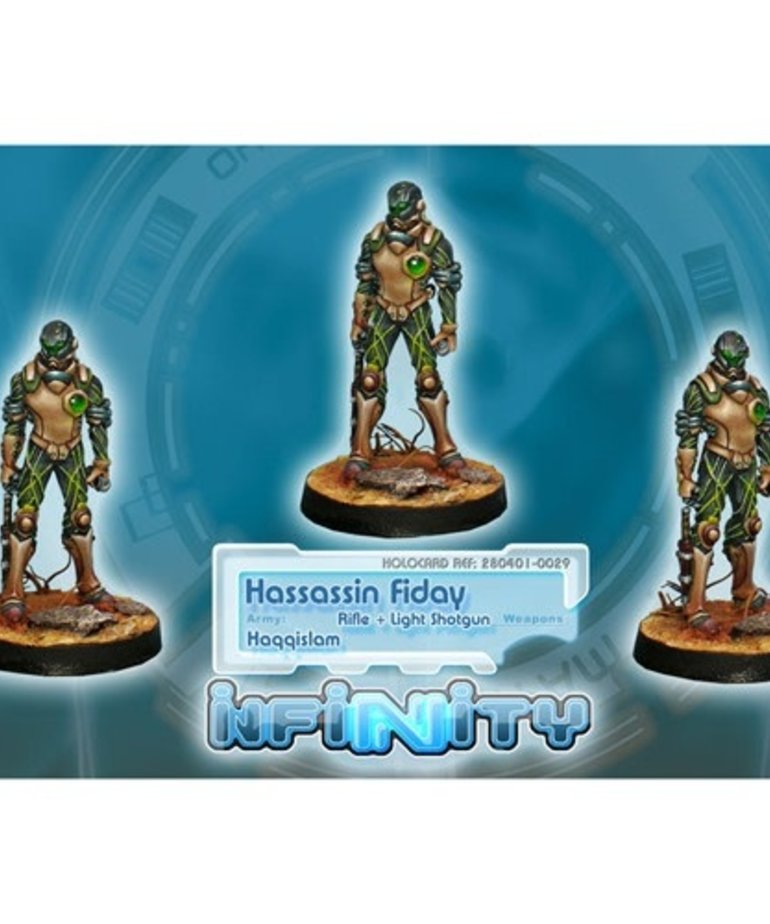 The Fiday (those who sacrifice) are the destructive angels, the most feared Hassassin. Killing a powerful person is easy, but the most complicated thing for the assassin is to escape or survive, which is what in reality protects important people. But there is no man secure when the assassin doesn't mind dying.

This is the true power of the Hassassin. He is not a simple assassin but an executor: He acts in public as an example to everybody. The Fiday are experts in handling arms, in deep infiltration into the enemy's territory, in disguises, performance and other secret techniques. His special uniforms are doted with systems of holographic imitation-masking of continuous sequence. The Fiday are exceptional men able to confront their possible death thanks to their faith in a paradise that they obtain when being shot down after succeeding in their mission.