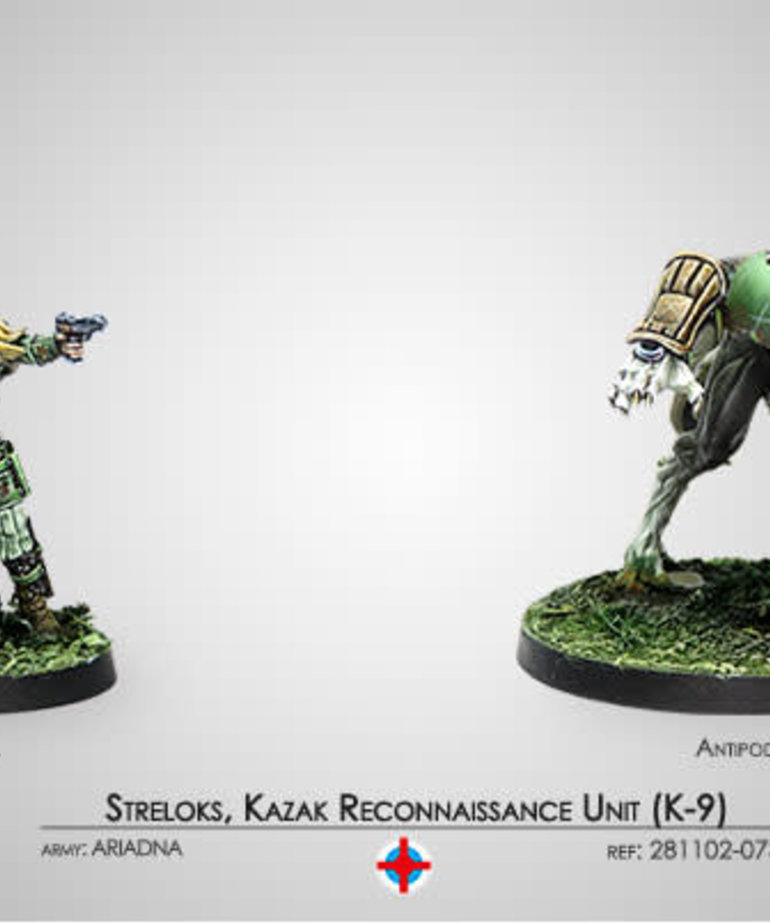 Despite its name, the Kazak Recon Unit was created to carry out military operations in enemy territory or highly unstable regions, such as the AEZ or the Cossack Protectorate. In addition to furtive patrol duties, its functions include long-term indirect operations such as guerrilla warfare and other clandestine and low-visibility offensive ops. They have specialized in silent approach techniques, ground recon, and night combat, in all of which they are just as effective as they are deadly. Although the Streloks perform surveillance duties, the unit's name defines its major operating role, since Strelok means "shooter" in Russian. The unit is known for its highly aggressive tactical profile when engaging with the enemy.