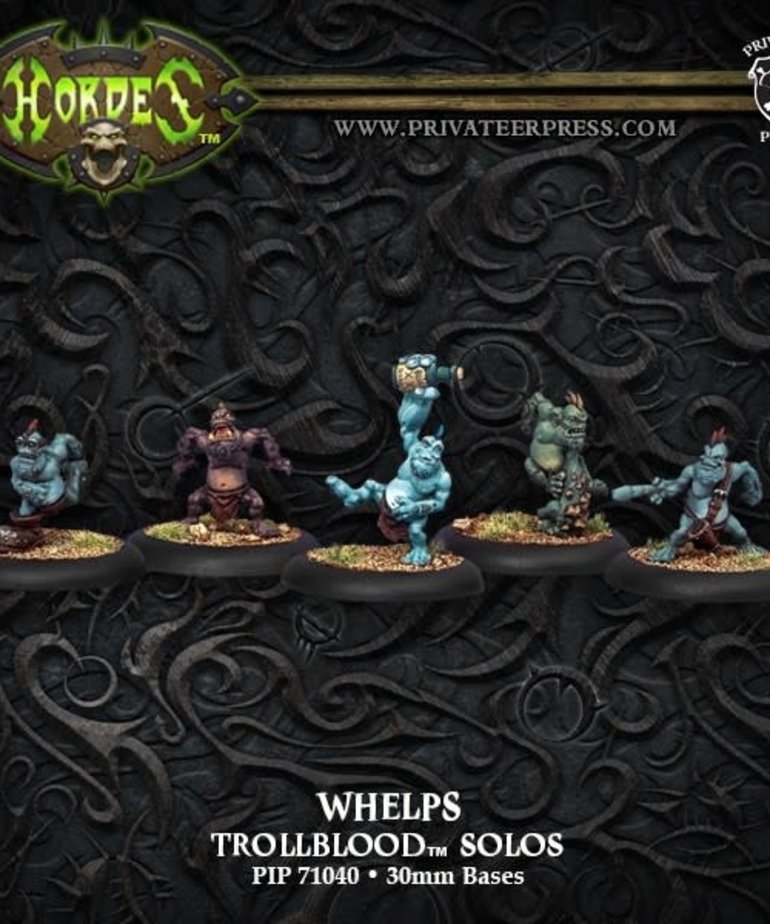 Whelps are one of the inevitable consequences of the tremendous regenerative powers of full-blood trolls: short-lived degenerate creatures arising from severed limbs or other substantial pieces of disconnected tissue. If caught with no other food sourcehandy, trolls will eat their whelps with no more regard than any other chunk of meat, fueling the troll's regenerative powers. Troll Whelps come in a blister (PIP 71040). A player may field three groups of Troll Whelps for each warlock in his Trollblood horde.5 Troll Whelps and 1 Color Stat Card.