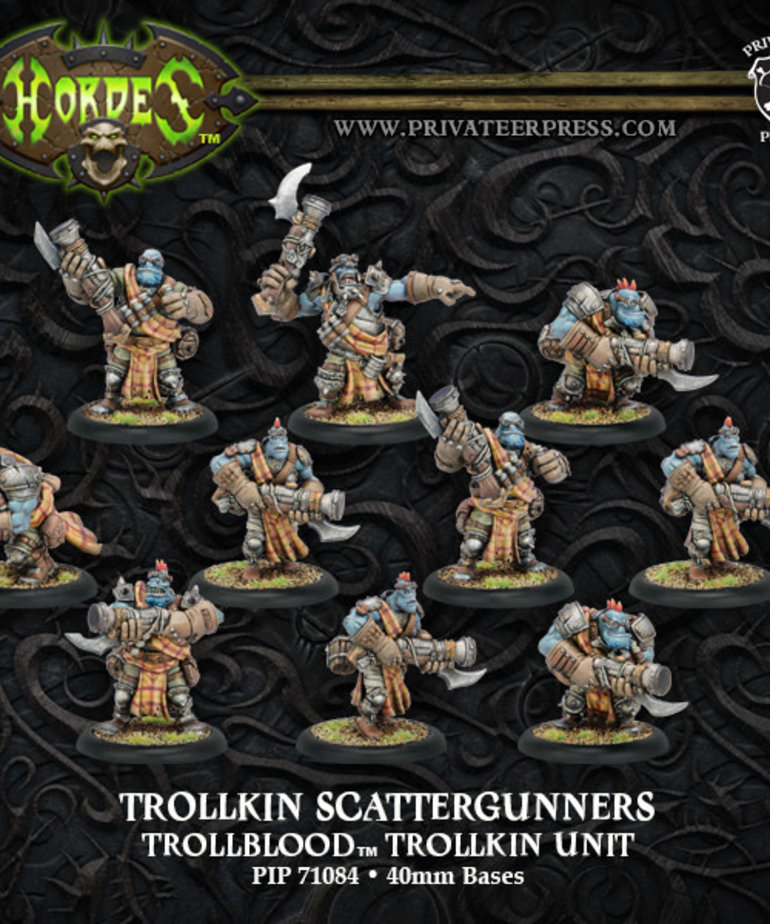 Tough as boiled leather, trollkin scattergunners fight in the thick of battle, where they excel at decimating the enemy with their massed fire. Their huge, cannon-like guns spray explosive shrapnel that easily flays flesh from bone, quickly clearing the field for their brothers in arms. SPECIAL NOTE: PIP 71084 contains the same Mk II stat card as PIP 71009. The models in this box represent the same figures in the game. PIP 71084 replaces PIP 71009 and PIP 71010 by offering their contents in a complete unit. However, the models in PIP 71084 are new sculpts and therefore look different from the models found in PIP 71009 and PIP 71010. In addition, these models are plastic rather than metal. The replaced PIPs will no longer be available from Privateer Press beginning December 1, 2014.